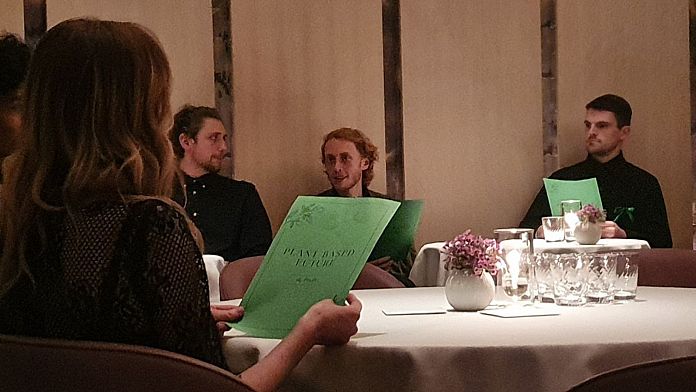 Fourteen activists went into the restaurant, set reserved tables for customers and held up “mock menus” showing the environmental cost of eating on the menu, the group said in a statement.

“Among the dishes were veal and steak, which are among the foods with the largest carbon footprint and use the most land for farming,” Animal Rebellion said.

The restaurant was forced to close early Saturday night when protesters refused to leave the premises.

This is “the perfect example” of inequality in the UK, said Lucia Alexander, a 39-year-old nurse who took part in the restaurant occupation.

“While Gordon Ramsay is serving food that costs at least £155 (178 euros) per person, more than two million people are relying on food banks because of this livelihood crisis,” she said.

“Instead of the colossal profits that restaurants make at the expense of animals, workers and our climate, we should feed everyone by helping farmers and fishermen transition to a plant-based food system,” Alexander explained.

A spokesman for the restaurant criticized the protest as “deeply disrespectful”.

“Everyone is entitled to their opinions and beliefs,” the restaurant said.

“However, it is incredibly inappropriate to invade a restaurant, disrupt hard-working staff and ruin the evening for customers who have waited months for their reservations.”