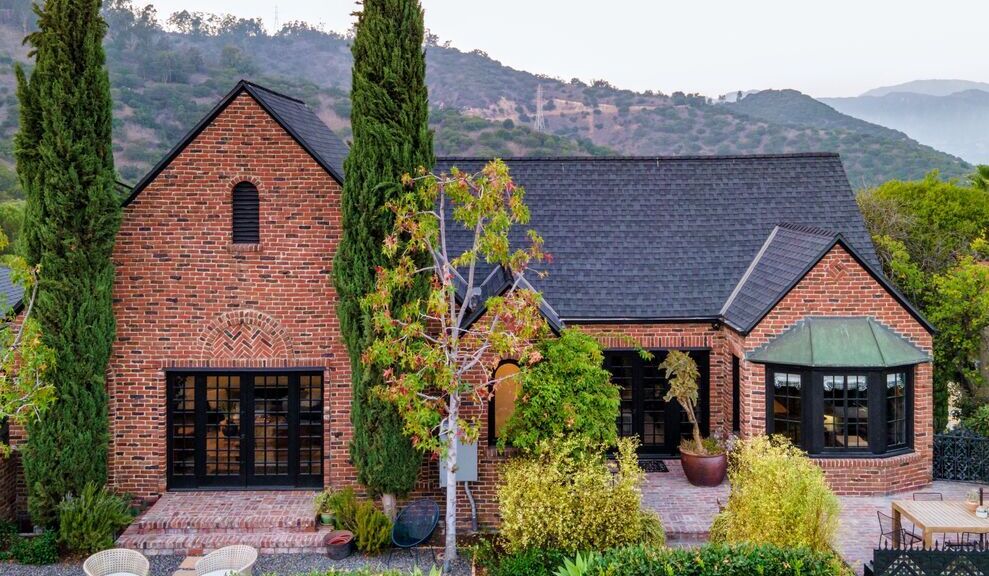 In the hills below Griffith Park, a handsome English Tudor owned by Fred Armisen just went on sale for $3.5 million.

Armisen, the busy actor behind shows like Portlandia and Los Espookys, bought the 1920s residence for just over $2 million in 2016, records show.

During his six-year stay, he made a few cosmetic changes, painting the kitchen a cool shade of green and adding wallpaper to the dining room and bedroom. Design highlights include custom crown molding, French doors, a tile fireplace and a dining area with bay windows.

Elsewhere are five bedrooms and four bathrooms in 3,500 square feet. The home overlooks Griffith Park on one side and downtown Los Angeles on the other, with brick patios taking advantage of the hillside location.

Laura Stupsker from the agency holds the listing.

A Saturday Night Live alumnus, Armisen has appeared on dozens of shows over the past two decades, including Moonbase 8 and Documentary Now!, which he co-created with Bill Hader and Seth Meyers. The 55-year-old also serves as the band leader for Late Night With Seth Meyers.

Before landing in Los Feliz, he lived in a 1920’s craftsman home in Silver Lake.