Iranian actresses arrested for not wearing hijab in public 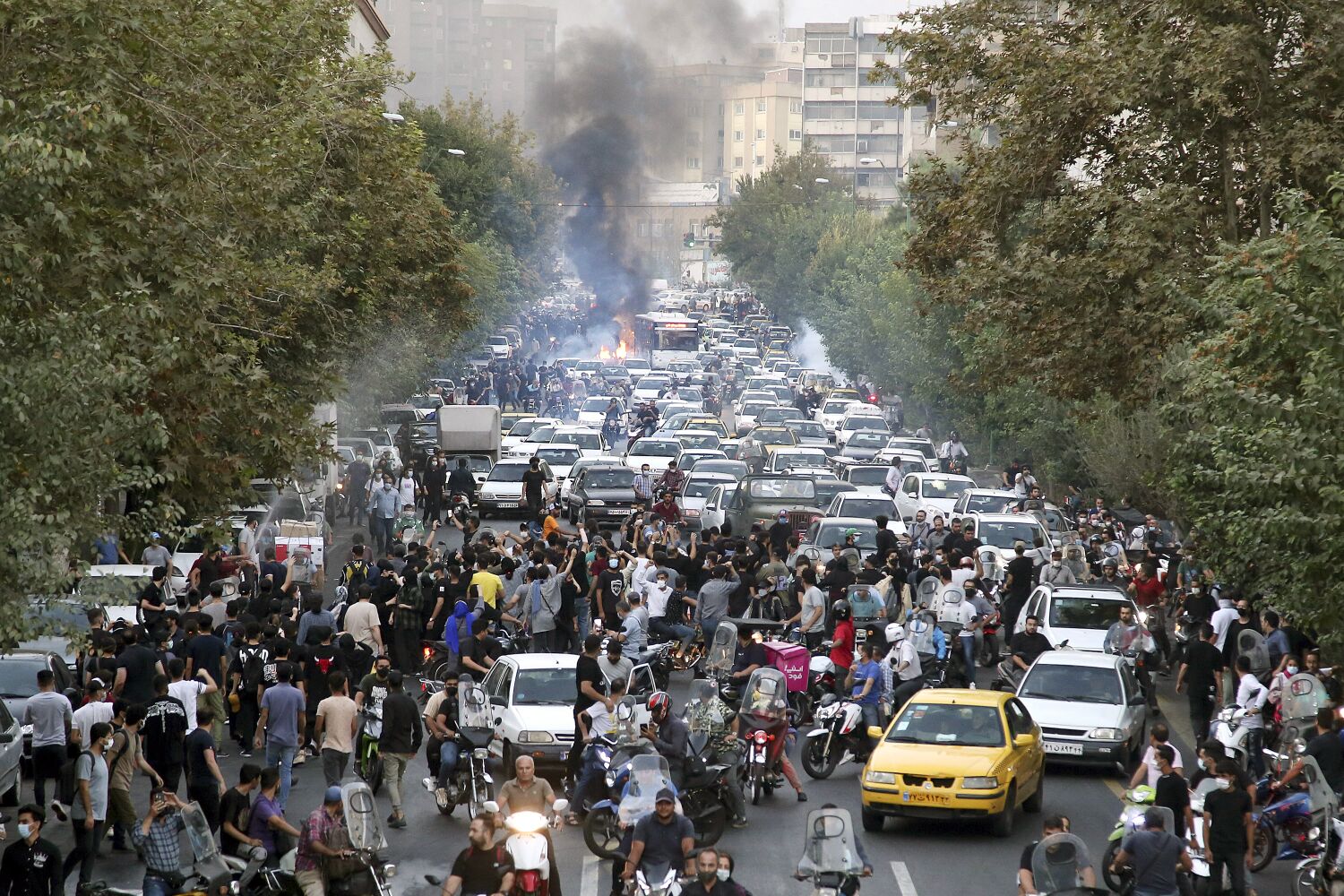 Iran has arrested two high-profile actresses for not wearing a hijab at a demonstration amid ongoing public protests, according to multiple reports citing state media.

For their protests, award-winning actresses Hengameh Ghaziani and Katayoun Riahi were arrested on suspicion of “collusion with intent to act against state security” and “anti-state propaganda,” the New York Times reported. The article quotes IRNA, Iran’s state news agency.

Ghaziani, 52, posted a video to her Instagram on Sunday of herself standing on a public sidewalk without a headscarf – which is mandatory for women in Iran. She then faces the camera before turning to tie her hair in a ponytail.

“Maybe this will be my last post,” she wrote. “From this moment on, whatever happens to me, you know that as always, I am with the Iranian people until my last breath.”

Both she and Riahi, 60, have written posts on social media criticizing the government’s violent response to protests that have erupted across the nation since the death in September of Mahsa Amini, a 22-year-old who was led by the country’s morale police for not wearing her hijab in accordance with government standards, and died in custody a few days later.

“Don’t you see what is happening to Iranian children and young people?” Riahi shared a post from her nonprofit Komak Charity Foundation. “I know that in their schools they are beaten, interrogated and tortured.”

In Ghaziani’s video, she included a portrait painted by Saba Soleymani of 9-year-old Kian Pirfalak, whose family say he was killed by state security forces and is believed to be the youngest to die in the ongoing crackdown on protesters.

Iranian courts have already sentenced at least five protesters to death for taking part in demonstrations. According to the BBC, critics called the trials unfair given the apparent lack of legal representation.

By early November, at least 328 people had been killed and 14,825 others arrested in the unrest, according to Human Rights Activists in Iran, a group that has been monitoring the two-month protests.

As Iranian officials tighten their grip on those who express dissent, members of the Iran national soccer team remained silent during their national anthem ahead of their World Cup match against England on Monday. The players had their arms over each other’s shoulders and did not sing the song. During the anthem, loud boos could be heard from the large group of the team’s supporters at Khalifa International Stadium, some of whom were holding signs that read “Women, Life and Freedom.”

A day before the game, Iran’s captain Ehsan Hajsafi said: “We have to accept that the conditions in our country are not right and our people are not happy.”