Ukraine War: Attack on monastery in Kyiv; Kherson evacuations; and Poland to use rocket launchers 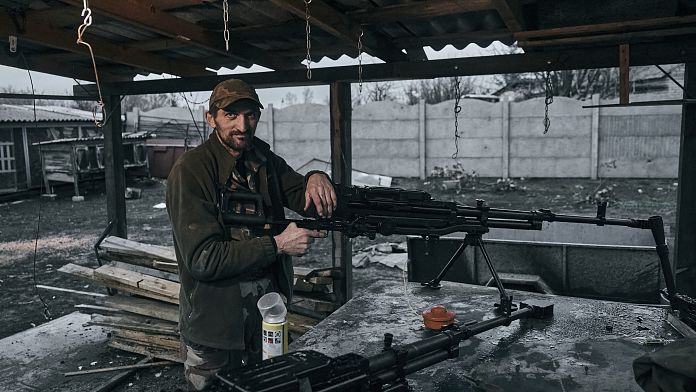 The Ukrainian Security Service (SBU) has searched the main Orthodox Christian monastery in Kyiv over alleged links to Russia.

The SBU said by telegram that it carried out “counterintelligence operations” at the 1,000-year-old Kiev Pechersk Lavra on Tuesday morning.

The operation aims to “counter the subversive activities of the Russian special services in Ukraine,” she added.

The searches were carried out jointly with the Ukrainian police and the national guard, the SBU said. The faithful were still allowed to pray in the monastery but were subjected to SBU security checks.

“These measures are being taken to prevent use [of the monastery] as the center of the ‘Russian world'”, said the SBU.

The Kiev Pechersk Lavra is the oldest monastery in Ukraine and has been on the UNESCO World Heritage List since 1990. It is also the headquarters of the Russian-backed wing of the Ukrainian Orthodox Church.

The Moscow branch of the Ukrainian Orthodox Church had maintained close ties with Russia until May after invading Ukraine.

Two similar raids were also carried out on monasteries and on the premises of Orthodox churches in the north-western Ukrainian region of Rivne.

Kremlin spokesman Dmitry Peskov has condemned the raids as “military action against the Russian Orthodox Church”.

2. Ukrainians may have to live with power outages until March

The head of a major Ukrainian energy company has warned that citizens will likely have to live with power outages until at least the end of March.

“Get some warm clothes and blankets, and think about options to help you ride out a long outage,” he said.

According to President Volodymyr Zelenskyy, half of Ukraine’s energy infrastructure has been damaged by Russian attacks.

In his nightly speech on Monday, Zelenskyi also appealed to Ukrainians to save energy.

Amid frequent power outages, millions of people are left without power and water as winter sets in and temperatures plummet below freezing. Grid operator Ukrenergo said more planned shutdowns are planned for Tuesday.

The Ukrainian government has begun evacuating citizens from the liberated city of Kherson, which remains largely without electricity and running water. Kherson residents can apply to be relocated to areas where heating and security issues are less acute.

“Given the difficult security situation in the city and infrastructure problems, you can evacuate to safer regions of the country for the winter,” Deputy Prime Minister Iryna Vereshchuk told Telegram.

Moscow says its strikes against Ukraine’s energy infrastructure are the result of Kiev’s unwillingness to negotiate.

Russia has targeted Ukrainian power plants after a series of battlefield setbacks, including its retreat from Kherson to the east bank of the Dnipro River.

3. “Ukraine’s health system is facing its darkest days of war yet,” WHO says

The World Health Organization’s regional director for Europe has issued a stark warning following his visit to Ukraine.

According to Hans Kluge, up to 3 million more people could leave their Ukrainian homes this winter in search of warmth and safety.

“Ukraine’s healthcare system is facing its darkest days of the war yet,” Kluge said in a statement.

“After more than 700 attacks, it is now also a victim of the energy crisis. Access to health care must not be held hostage,” he added.

According to the WHO, hundreds of Ukrainian hospitals and health facilities lack fuel, water and electricity to meet people’s basic needs.

“We expect that another 2 to 3 million people will leave their homes in search of warmth and safety,” said Kluge.

“They will face unique health challenges, including respiratory infections such as Covid-19, pneumonia, influenza and the serious risk of diphtheria and measles in the under-vaccinated population.”

The UN health agency has called for the establishment of a “humanitarian health corridor” for all areas of Ukraine retaken from Kyiv and occupied by Russian forces.

Ground fighting continues in eastern Ukraine, where Russia has mobilized its forces from Kherson.

The General Staff of Ukraine’s Armed Forces said Tuesday it had repelled numerous Russian attacks in several areas of the Donetsk region.

“The enemy does not stop shelling the positions of our troops and settlements near the line of contact,” she claimed. “Attacks continue to damage critical infrastructure and homes.”

Four people have been killed and four others injured in the Ukrainian-controlled areas of the Donetsk region in the past 24 hours, regional governor Pavlo Kyryleno said on Telegram.

Russian missiles also reportedly hit a humanitarian aid distribution center in the city of Orihiv in Zaporizhia, killing one person and injuring two others.

4. Poland deploys German Patriot missiles near the border with Ukraine

Berlin had offered the air defense system to help Warsaw intercept missiles after two people were killed by a missile last week.

“The German Defense Minister has confirmed her willingness to use the Patriot launcher on the border with Ukraine,” Polish Minister Mariusz Blaszczak wrote on Twitter.

“The version of the system has yet to be determined, as well as how quickly they will reach us and how long they will be stationed.”

The NATO allies had already announced that German Eurofighters would offer their help in patrolling Polish airspace.

Last week’s deadly airstrike on the Polish border village of Przewodow had raised fears that the Ukraine war could spill over into NATO territory.

NATO Secretary General Jens Stoltenberg has said that the missile was apparently accidentally fired by the Ukrainian air defenses.

Since Russia’s invasion of Ukraine in February, the military alliance has sought to strengthen air defenses in Eastern Europe.