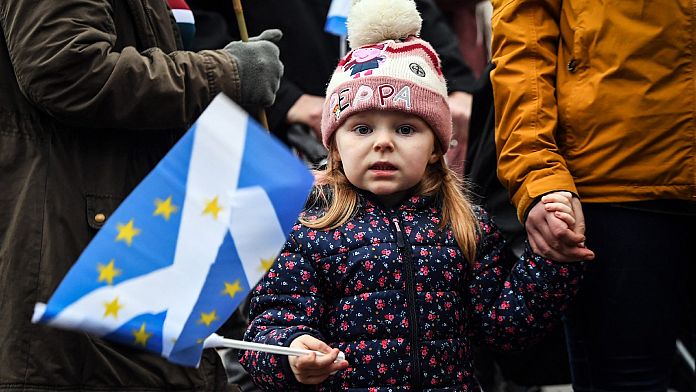 The UK Supreme Court has ruled that the Scottish Parliament does not have the legislative power to hold a consultative referendum on independence next year.

The verdict was announced on Wednesday morning following a case brought by the Scottish Government and Nicola Sturgeon’s Scottish National Party in October.

First Secretary Sturgeon reacted to the verdict and said she was disappointed.

“Scottish democracy will not be denied” she tweeted. “Today’s verdict blocks a path for Scotland’s voice on independence to be heard – but in a democracy our voice cannot and will not be silenced.”

What is the background?

Britain’s top court heard whether Scotland’s semi-autonomous government can organize an independence vote without the consent of the London government.

Sturgeon planned to hold a new independence referendum in October next year, but the UK government had insisted that would not happen, saying the 2014 referendum – that of the “No” campaign, won 55% of the vote to 44% was won in favor of independence – was a “unique event in a generation”.

Since then, numbers have dwindled and Scots are evenly divided on independence, although they have consistently returned pro-independence politicians to Parliaments in Westminster and Edinburgh over the past eight years, with the SNP winning every national vote since.

The Scottish Parliament currently has a majority of pro-independence MSPs from Sturgeon’s Scottish National Party and the Greens.

Sturgeon and the SNP argue that Britain’s exit from the European Union and the coronavirus pandemic have turned politics and the economy upside down and that it is time to reconsider the independence case.

How did the court case develop?

Five judges at the UK Supreme Court in London spent several days in October hearing arguments in the case.

The British government’s position was that only Westminster could give the green light to a new independence referendum, as constitutional matters remain the purview of the London government and are not delegated to Edinburgh.

Meanwhile, Scottish Government lawyers argued that the proposed referendum – like the 2016 Brexit referendum – would only be advisory in nature and in itself would not mean Scotland becoming independent as there would need to be negotiations and new legislation passed before that this could actually happen.

So what happens now?

Pro-independence campaigners organized rallies on Wednesday night in 14 Scottish cities and five locations across Europe – in Brussels, Paris, Rome, Berlin and Munich – regardless of the outcome of the Supreme Court ruling.

“Supporters of a second independence referendum will be in the streets across the country following the Supreme Court ruling,” said Lesley Riddoch of the Time for Scotland Campaign organizing the rallies.

“Her decision has a huge impact on plans for a second referendum and the desire of 50% of Scots for a further say in our future needs to be visible and impactful at this critical moment,” she added.

Nicola Sturgeon has previously said that if the Supreme Court did not rule in favor of the Scottish Government, the next UK general election would become a de facto vote on independence and her party would run on that issue alone.