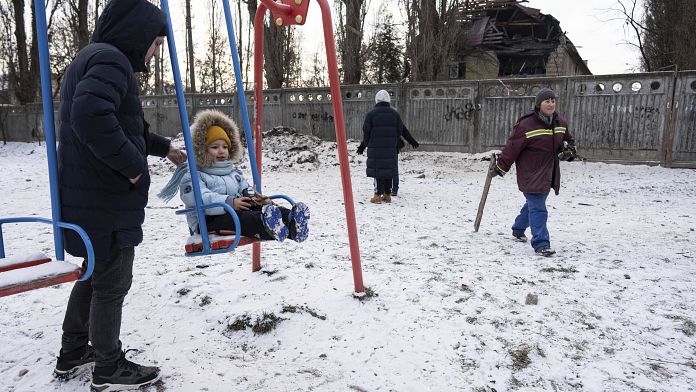 Yekaterina Filimonova and her family may not be in danger from Russia’s war in Ukraine, but they have not escaped its effects.

Yekaterina’s husband Yaroslav Leonov was among many military-age men who fled abroad when the Kremlin announced a partial mobilization in September.

“Of course, the first month was very sad and it was very hard for me and it was hard for the children,” Yekaterina explained. “When I get upset they get hysterical, they cry and they cry at night. And I realized that I have to pull myself together and keep my emotions in check.”

Yaroslav, an IT worker, now lives in Belgrade, far from the front but also from his children.

“Remote children are not the same as distant colleagues. You can make agreements with colleagues remotely,” Yaroslav said. “They want to play with children and it’s not convenient to do it remotely.”

The sudden departure of so many fathers has left mothers across Russia struggling to raise their children alone.

Anastasia Arsenicheva, co-founder of a charity that supports mothers, said that sometimes mothers don’t get help from their extended family.

“You see that especially in the regions where families are literally divided about the current situation. And then make different decisions. When a woman is in a vacuum, all alone, it’s really scary and that’s where our center steps in to support her.”

When mobilization was called, tens of thousands of men fled across Russia’s borders to avoid being forced to kill or be killed. It was a desperate decision, but one that most Ukrainian men of a similar age couldn’t make.