More anti-government protests in Iran amid hunger strikes in Germany 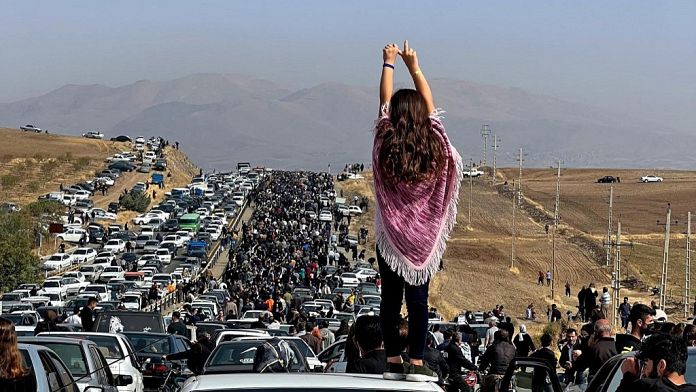 Protests erupted in southeastern Iran on Friday, according to images shared by human rights groups.

People took to the streets in Zahedan, capital of Sistan-Balochistan province, as full-scale anti-government demonstrations in the country enter their fourth month.

Sparked by the death of Mahsa Amini in September, the unrest in Iran has become one of the greatest challenges to the country’s Islamic government in history.

According to a video released by Iran Human Rights (IHR), a Norway-based NGO, protesters chanted “Death to the dictator” in reference to Supreme Leader Ayatollah Ali Khamenei.

Other images from Zahedan show a crowd of men, some holding placards with anti-regime slogans, and a group of women dressed in black walking down a street. They also sang.

The protests in Iran began on September 16 with the death of Amini, a 22-year-old Kurdish woman. She died after being arrested by the country’s so-called vice squad for allegedly not wearing her hijab (headscarf) properly.

Out of solidarity with demonstrators, seven Iranians living in Germany took part in a hunger strike in front of the Iranian consulate in Frankfurt. Some did not eat and only drank water for 24 days, but ended their protest on Friday.

Others made five days.

As of December 7, at least 458 people, including 63 children and 29 women, have been killed in ongoing nationwide protests in Iran, and many thousands have been arrested, according to Iran Human Rights.

The Iranian government’s violent response has drawn international condemnation, sanctions and, on Wednesday, the country’s exclusion from a UN commission on women’s rights.

Impoverished and remote, Sistan-Baluchistan lies on the borders of Afghanistan and Pakistan.

It is inhabited by the Baluchi minority who, according to various NGOs, face discrimination in Iran.

Demonstrations have been taking place in the provincial capital every week since more than 90 people were killed at rallies over the alleged rape of a 15-year-old girl by a police officer.

Experts say the Baluchi have been heartened by the protests sparked by Amini’s death.

In the first few weeks and months, the demonstrations were primarily directed against the hijab, which Iranian women are required to wear by law, and in defense of women’s rights. But they soon turned into anti-government protests.

Iran has also come under fire for planning to execute 11 protesters so far.

Two executions have already taken place. Mohsen Shekari was hanged on December 8 and Majidreza Rahnavard on Monday. Both were 23 years old.

Rahnavard was publicly hung from a crane.

Amnesty International said on Friday that at least 26 people are at risk of execution in connection with protests in Iran.

Iran executes more convicts than any country except China, according to the London-based human rights group.