What is the television schedule for the last 1st 6 committee hearing? 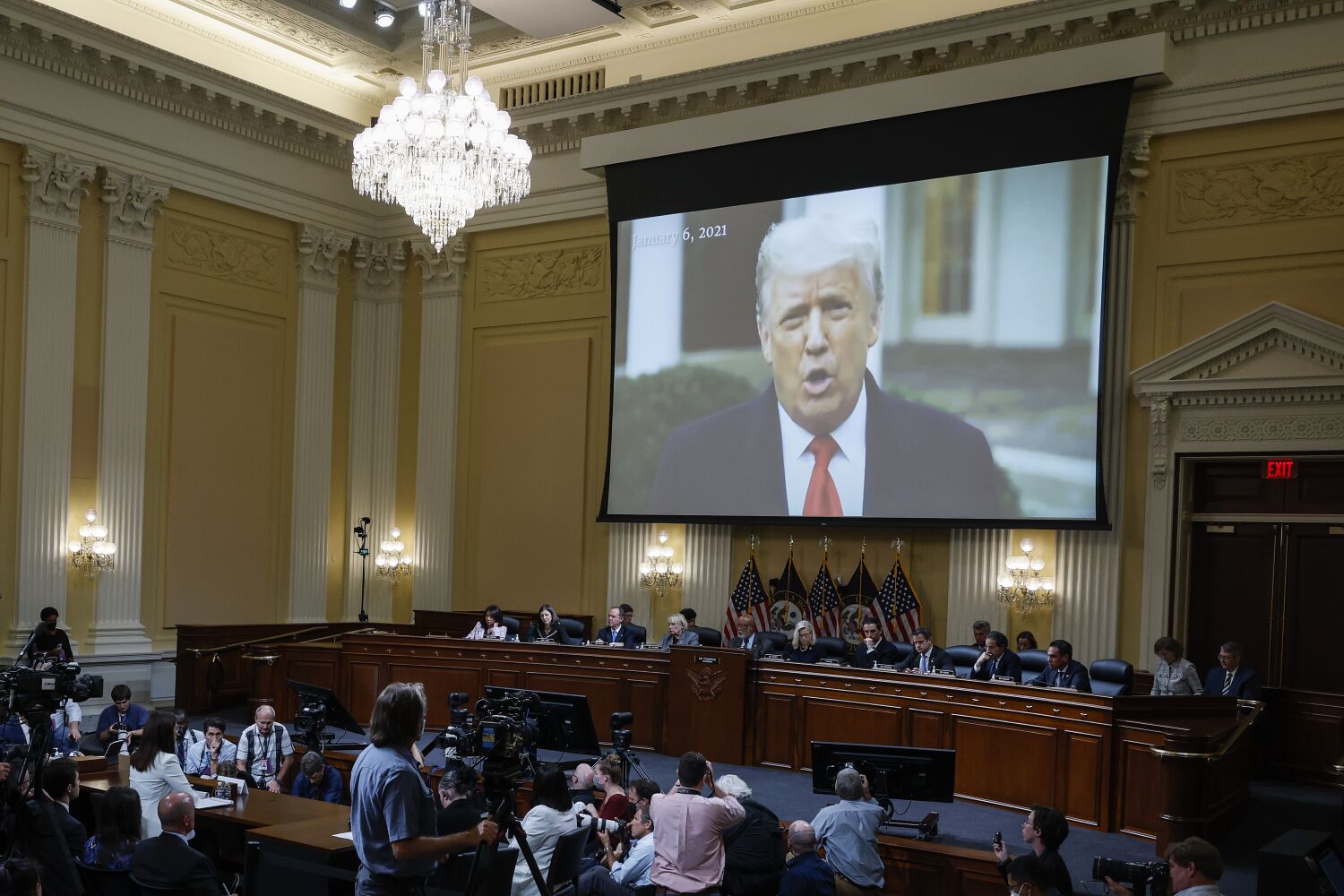 The House Jan. 6 Select Committee announced Thursday that its final hearing will be on Dec. 12 at 10 a.m. Pacific, when it will vote on referring cases to the Justice Department, the House Ethics Committee and other oversight bodies.

With the new Republican majority poised to dissolve the committee, members will complete their work without the help of several key witnesses. Former President Trump, in particular, has not responded to the committee’s requests for documents and testimonies.

Monday’s hearing will serve as a handover of sorts as the committee announces which individuals it will refer to the DOJ and other agencies for prosecution or punishment. And while they can be dramatic, the referrals themselves do not guarantee further action.

Committee members agreed that some individuals should be prosecuted for attempting to prevent the inauguration of 2020 presidential election winner Joe Biden and for instigating the violent attack on the US Capitol. But they didn’t name names.

The panel is also expected to seek prosecutions or sanctions related to campaign finance violations, violations of attorneys’ codes of ethics and disregard of committee subpoenas. To whom these cases will be referred and who will be targeted has yet to be announced.

Another topic likely to be discussed is the panel’s extensive final report, which the committee may release as early as Monday. Although the committee will present its findings at its hearing on 10/13, it may reiterate this at its last meeting.

The hearings were also streamed on the select committee’s YouTube channel, which also provides a recording of each completed session.

As with previous panel hearings, the proceedings are expected to be streamed live on YouTube, major broadcast networks, cable TV news channels and C-SPAN.

June 9: Illustrating how violent the 6/1 attack was, Capitol Police Officer Caroline Edwards testified that she “slid into people’s blood” as she fought to defend lawmakers at home.

June 13: The committee revealed evidence that then-President Trump’s advisers repeatedly told him there was no significant fraud during the 2020 presidential election, but he continued to spread the “big lie.”

June 16: A top aide to Vice President Mike Pence recounted the pressure campaign by Trump and conservative California attorney John Eastman to get Pence to reject seven-state electoral votes won by Joe Biden — even though they knew their actions were illegal.

June 21st: The Arizona House Speaker and two Georgia election officials, all Republicans, detailed efforts by Trump and his attorneys to get them to reverse election results without the legal authority to do so.

23rd June: Three former senior Justice Department officials recounted the former president’s efforts to get the department to support his baseless claims of a tainted election and his aborted efforts to install an acting attorney general to support those claims.

June 28th: Former White House staffer Cassidy Hutchinson testified that discussions at the White House on 6/1 revealed that Trump had staved off concerns about guns in the crowd that day, that he was so anxious to get to the Capitol that he was in a There had been an argument with a Secret Service officer in his vehicle and that he was doing it. I don’t think the rioters chanting “Hang Mike Pence” did anything wrong.

July 12: Witnesses and evidence presented by the committee detailed how Trump’s call for a 6/1 protest resonated with his supporters and extremist groups, who interpreted it as a call to—violently, according to some—to prevent Congress from doing so to confirm Biden’s Electoral College victory.

October 13: Committee members took turns summarizing evidence of Trump’s efforts to overturn the election results. Among other things, they took note of the Trump campaign’s plan to declare victory regardless of the outcome of the vote, as well as the former president’s pre-6/1 recognition that he had actually lost.

Sarah D. Wire, a Times contributor, contributed to this report.