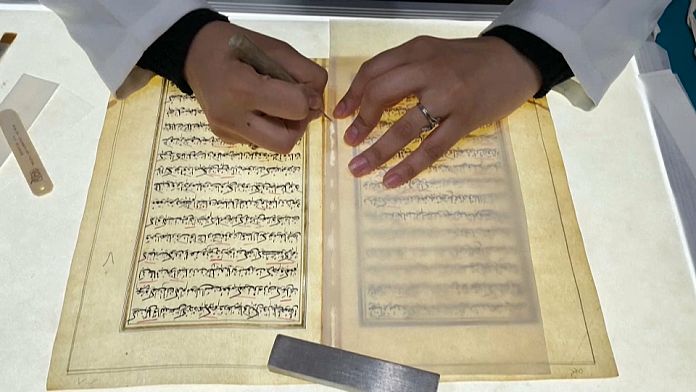 Conservators at the National Museum of Iraq are conducting a major restoration project to preserve and digitize 47,000 manuscripts.

The House of Manuscripts’ collection includes texts in Arabic, Persian and Hebrew – and some are said to be almost 1,000 years old.

In a country bearing the scars of decades of conflict and where antiquities and cultural heritage are regularly looted, the House of Manuscripts collection has managed to survive.

It was safely hidden in the Baghdad suburbs while the National Museum was looted in the turmoil following the US-led invasion of 2003.

According to the head of the House of Manuscripts, staff and local residents prevented later attempts to loot the “underground bunker” where it was kept.

Watch the video in the video player above to learn more.