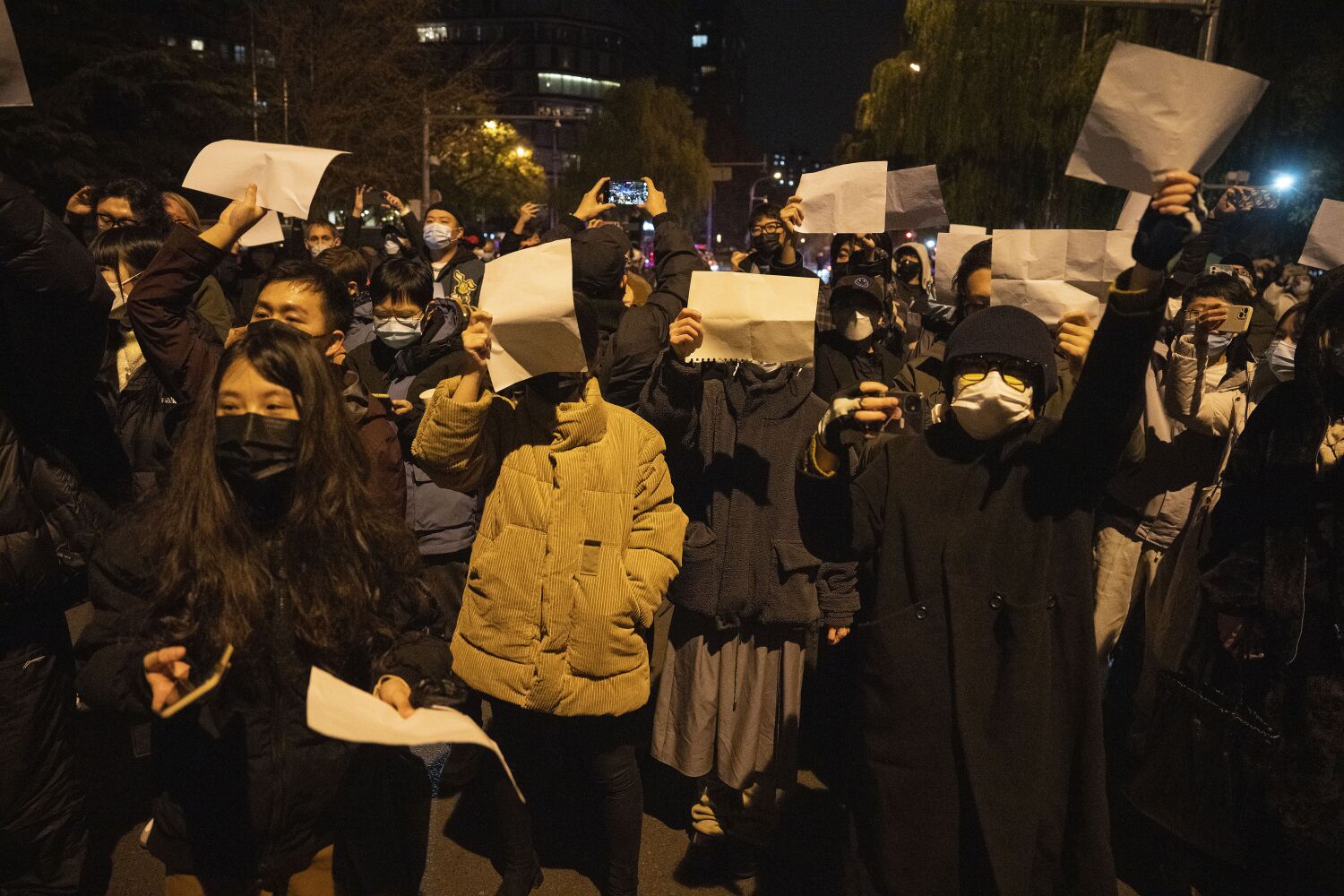 More than a decade ago, academics began to point to a troubling global trend: a “democratic recession.” Dozens of countries drifted away from democracy towards authoritarianism.

The list of renegades spans the globe from India and South Africa to Hungary, Poland, Mexico – even the United States in recent years.

Freedom House, a nonprofit organization that ranks countries on voting practices, civil liberties and other policies, has reported that the world has become less democratic for 16 straight years.

Meanwhile, China’s authoritarian regime has touted its one-party system as more efficient and dynamic than the tired old democracies.

But look again. The autocrats are having a bad year.

Russia’s Vladimir Putin has launched a disastrous war against Ukraine, prompting nearly a million young Russians to flee their country to avoid conscription.

In Iran, protests by young women against laws requiring headscarves have escalated into a broader rebellion demanding an end to the authoritarian Islamic regime.

Meanwhile, at least some of the world’s democracies seem to have found a second wind. Far-right parties have lost in France and Germany, although they have won in Italy and Sweden. Brazil’s autocratic President Jair Bolsonaro lost his job in a well-conducted national election; He challenged the result in court and lost again. And US voters sent an unexpectedly clear message in last month’s midterm elections, rejecting candidates who aligned with former President Trump’s election denials.

So is the democratic recession ending?

Unfortunately, not. The scholar who invented the phrase, Stanford’s Larry Diamond, says it’s too early to break out the champagne.

“I don’t see the current protests in Iran, China or Russia leading to a democratic breakthrough,” he told me. “I think it’s a jump ball around the world right now – and I’m seeing a lot of warning signs that people aren’t paying attention to.”

“Democracy has not returned,” he said. “I think we’ll turn the corner at some point, but it hasn’t happened yet.”

It is useful to distinguish between two problems here. One is the crisis of authoritarian regimes; the other is the health of the world’s democracies.

In China, Russia and Iran, Diamond said, we are seeing a process of “authoritarian regime disintegration.”

“The regimes have poorly met people’s expectations,” he said. “As a result, both face a legitimacy crisis — a sharp decline in belief that the regime has the right to govern.”

That doesn’t mean these governments are likely to fall: all have decades of experience in repressing dissidents, now augmented by increasingly sophisticated surveillance technology.

In recent weeks, all three regimes have tried to placate disaffected citizens. China has ended “Zero-COVID”. Putin has told the Russians there will soon be no more military operations. And a senior Iranian official said the country’s widely hated Morality Police will be dismantled, though it’s not clear if the announcement will have any real impact.

“Mexico and India are in the grip of authoritarian demagogues,” Diamond wrote. “Nigeria is facing a partial state collapse. South Africa, on which the hopes of democracy in Africa depend so much, is not faring well.”

So, two democracy scholars, some of the best news of the year came from our own midterm elections.

“It was a test of whether anti-democratic candidates – anti-democratic with a small D; I am not partisan – would be placed in position to chair future elections,” Abramowitz said.

“They lost quite decisively and that is significant,” he added. “It suggests that civil society has revived in the United States.”

In an Associated Press poll, 44% of US voters polled named the future of democracy as one of their top concerns on Election Day, second only to inflation and the economy.

A post-election poll by Bright Line Watch, a non-partisan research group, produced a similar figure, saying that “protecting democracy” would be the number one issue when choosing a presidential candidate in 2024.

“We’re far from over the mountain,” said Abramowitz. “But I’m a little more hopeful than I was a year ago.”

So we can content ourselves with the misfortunes of the world’s worst dictators. And we can take heart from the evidence, however feeble, that democracy can still be a self-correcting system.

But these battles are far from over. Making democracy work is a battle yet to be won.