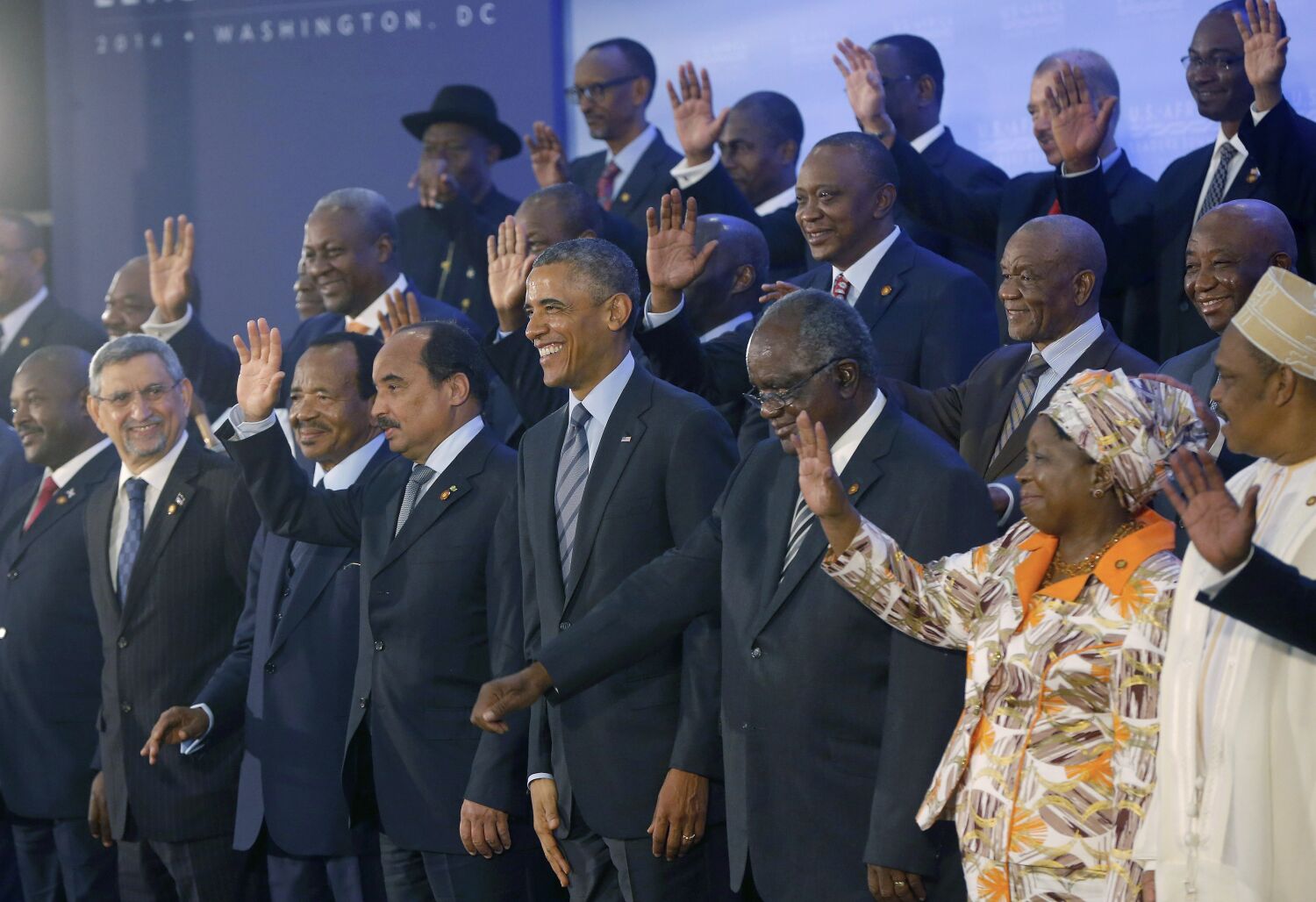 President Biden is hosting nearly 50 African leaders this week to show a “renewed commitment” to a continent routinely neglected by the West, which has been ravaged by coups and wars, poverty and the pandemic, but has also seen many Chinese investments in numerous nations.

It is the first US-Africa summit since 2014 and comes in the shadow of Russia’s war against Ukraine, which has diverted money and attention and sent food and oil prices skyrocketing worldwide — nowhere more so than on the African continent.

Administration officials concede that Africa has not always been high on Washington’s agenda – Biden is yet to visit apart from a brief stopover in Egypt at last month’s UN climate conference – and that they have been criticized for inattention.

“I think the gap between 2014 and 2022 is certainly unfortunate,” said Judd Devermont, head of African affairs at the National Security Council. The aim now is “to ensure first and foremost that what comes out of this summit stays here in the long term”.

To that end, the White House on Monday announced a $55 billion commitment to Africa over the next three years across multiple sectors and the appointment of a special envoy, 79-year-old retired veteran diplomat Johnnie Carson, to guide further action to monitor summit agreements.

In addition, Biden is expected to push for the African Union, which represents 55 African countries, to be given a seat in the Group of 20, an influential collection of the world’s strongest economies. South Africa is the only member of the continent.

National Security Advisor Jake Sullivan promised the summit, which begins Tuesday and lasts through Thursday, would deliver more than the platitudes that have previously frustrated African leaders and supporters.

“We didn’t see this agenda in a vacuum,” Sullivan said, briefing reporters at the White House. “We set it in consultation with our African partners on the issues that matter most to them.”

Sullivan hinted that the president, vice president and cabinet members would announce a “broad commitment to travel to the continent in 2023,” but gave no further details.

African leaders arrive in the US capital, bringing with them a message of partnership over tutelage, an old theme but many say continues to undermine economic development.

The US emphasizes the growing central role that Africa plays in numerous global crises and challenges, including climate change, food insecurity, world health and violent extremism.

“The Biden administration approaches this second US-Africa leadership summit with a confidence deficit that it must overcome if it hopes to truly ignite a new era of ‘partnership,'” said Mvemba Phezo Dizolele, director of the Africa program at Center for Strategic and International Studies, and Cameron Hudson, a research associate, in an analysis prepared for the think tank.

US interest in Africa inevitably comes with China as a backdrop, and to a lesser extent with Russia. The Sino-Russian threat was at the heart of a security strategy for sub-Saharan Africa that the government released in August and used as the basis for this week’s meetings. But officials hope to keep the focus squarely on Africa.

Witney Schneidman, deputy assistant secretary of state for African affairs during the Clinton administration, said the focus on China would distract from the more important issue of US private sector investment.

African leaders arriving in the US capital are calling for more US business in the region, he said, where a glaring divide has led the US to hand Africa not only to China but also to the European Union, India, Turkey and other countries have invested in the region in recent years.

“We cannot look at Africa through China’s lens. That would be a big mistake,” said Schneidman. “The Biden administration recognizes that there is work to be done with our partners in Africa, and investing more in ourselves will begin to address China’s dominance of the African market.”

Over the past two decades, an aggressive China has made tremendous strides across the African continent as part of its $4.3 trillion Belt and Road campaign, building roads, ports and other infrastructure, alongside investments in mining and mining other extractive industries, and even snapped up banks.

Unlike the US and other western nations, the Chinese make no demands related to human rights or environmental concerns and have managed to gain enormous influence and access to markets, information and energy.

China is now present in almost every African country and has become Africa’s largest trading partner, accounting for US$254 billion – almost four times the trade between the US and Africa.

However, many in Africa resent being seen as a proxy battleground for the world’s major conflicts, a legacy partly due to centuries of colonial control over African countries and their people.

As is the case with summits, the list of invitees sparked controversy, with US officials raising questions and criticism about whether it would include countries with poor human rights records or corrupt governments or countries at war.

In the end, the State Department said it excludes countries expelled from the African Union over coup d’etat — Mali, Sudan, Guinea and Burkina Faso — and those that have no diplomatic ties with or are not recognized by the US, like Eritrea and Somaliland.

Though no bilateral meetings have been announced for the three-day summit, the president is expected to make remarks at the economic forum, attend several sessions and host an executive dinner at the White House.