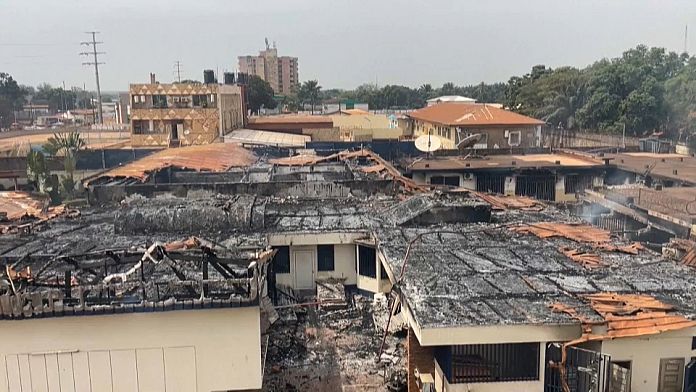 The headquarters of the European Union delegation in Bangui, the capital of the Central African Republic, was burned down as French troops left the country. The fire broke out on Sunday evening for reasons that are still unknown. No one was injured, but there was serious structural damage.

Authorities are investigating the incident against the background of the growing role of Russia and Wagner mercenaries in the country.

As French troops complete their retreat, the Wagner founder has accused France of being behind the explosion of a parcel bomb that injured a Russian embassy employee last Friday. France, which gradually conquered Wagner in countries like Mali or the Central African Republic, denied this.