I left Los Angeles for the Midwest and missed it 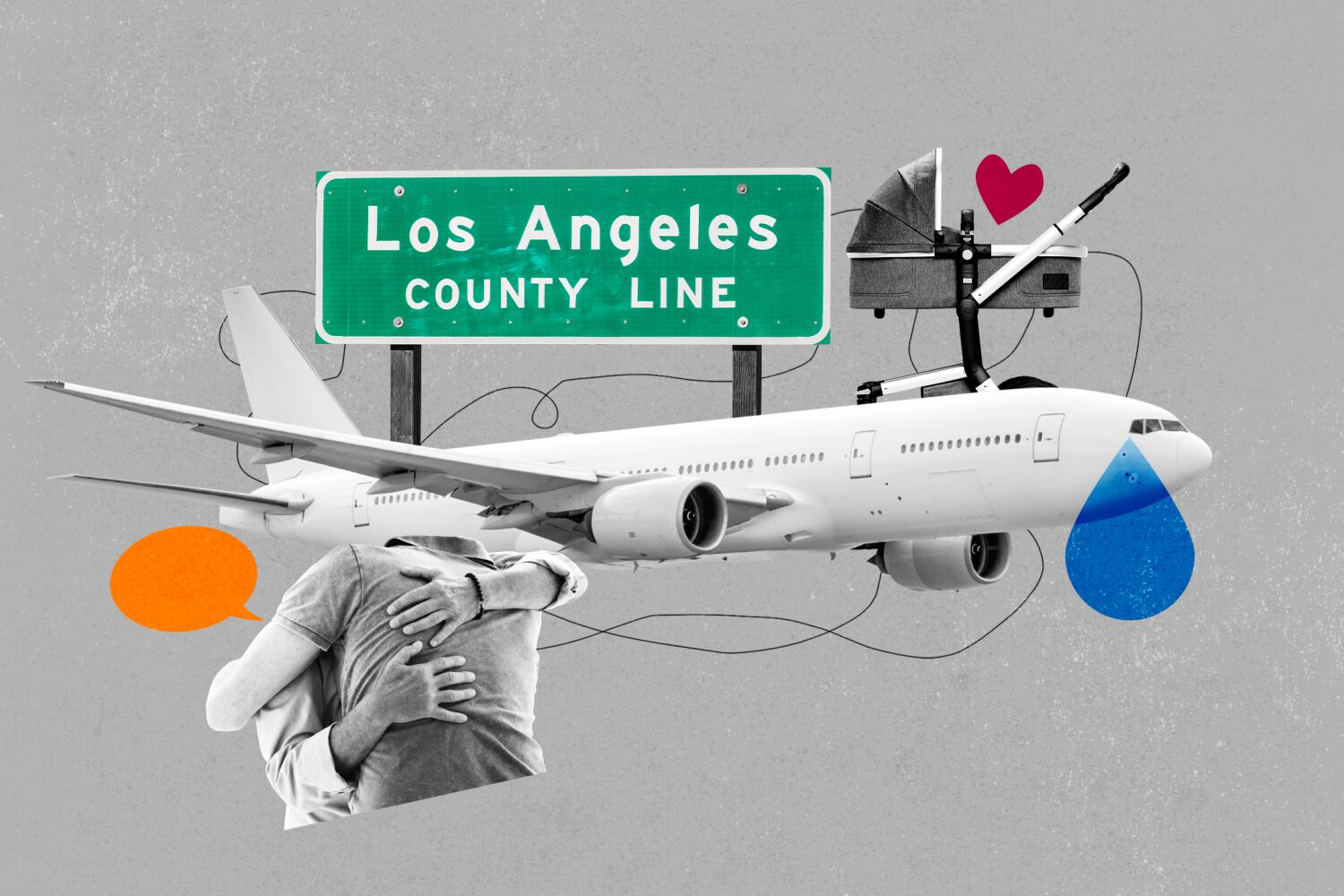 With mild inflation and high gas prices in LA making many people reconsider where they live, I’ve reconsidered our decision to move out of town. Four years ago, my husband, our 2-year-old daughter, and I flew from Los Angeles International Airport to Madison, Wisconsin using one-way tickets. We had careers (I was an automotive executive, he was an associate professor at UCLA). We own a home in Mar Vista with two dogs and a lush yard. After 15 years we had made LA our home. And then suddenly it wasn’t anymore.

On a recent visit, friends and strangers asked, “Is life better outside of LA?” They all have often-repeated mental exercises where they uproot themselves into a utopia in Bend, Ore., Boise, Idaho, or Austin, Texas, wherever the iced coffees flow and the traffic doesn’t exist.

I stared into space. Are you happy? Our old house in Mar Vista has been put up for sale again by the new owners so I’ve really given it some thought.

At the time, my husband and I thought we could be happier somewhere else. There were a few specific moments that made us want to take the plunge. First we discovered a black widow’s nest in the children’s room. Then I had a panic attack in traffic on the 405. Finally, we found out about my father’s Parkinson’s diagnosis.

Was our theory true? Here’s what I found out when I left LA and moved to the Midwest to be closer to my family.

1. You can’t go straight back home, but that’s okay

I thought we would meet old friends when we moved back to my home state, but we hardly ever see them. Most are married and have the three children required by Wisconsin. They welcomed us at home with open arms at first, but now we don’t get together that often. Maybe it’s because of the strenuous football dates of their children.

On our stage, you make friends through your kids, and that’s exactly what we’ve done. Funnily enough, most of our new friends are also transplants from California or the East Coast who made the same decision to seek a quieter life that makes us feel right at home.

2. There is less diversity

32 languages ​​were spoken at a downtown LA dealership I visited for work. In Madison I once attended a meeting with four other white women named Sara/Sarah.

We didn’t want to raise our blonde daughter only among children who resemble her. So we asked around and selected a neighborhood and preschool with a relatively diverse racial and ethnic makeup. Through the university I work at, we have also made friends with families from all over the world.

My daughter started public school last month. Four languages ​​are spoken at our bus stop. Madison will never offer as much variety as a global hub like Los Angeles, but you can build a diverse circle of friends if you make it a priority.

In LA, we worked crazy hours to keep up with our mortgage, expenses, and nanny. In Madison, with less stressful jobs, we can afford a colonial-style house almost three times the size of our bungalow in LA, on a lot full of oak trees. On sunny afternoons, I’m the one who takes my daughter to the park.

We traded the ocean for three lakes and perpetual sunshine for seasons. Our daughter loves ice skating and snow. Other things are easier too. The zoo is free and we actually go.

At least that’s how it was for me. A quieter lifestyle bought me some time off, during which I found space to write and edit a novel and several children’s picture books. Who says all dreamers are in the city of angels?

When people ask me why I left, my father’s face comes to mind. We didn’t know the extent of his illness and we couldn’t know how quickly he would deteriorate. When my father died two years after we moved, I had to be there every step of the way. For that alone, our decision to uproot was worth it. And now that my father is gone, my mother needs us more than ever.

6. Change can be good

The pandemic made traveling difficult, and at times I literally felt stuck in our decision. Recently, someone asked me if Madison was our “eternal home” — a platitude that reminds me that worms will one day eat my remains. Nothing is forever.

But today I can breathe a sigh of relief because my commute to work took seven minutes. I had extra cuddle time with my daughter. I found time to write and exercise. I took a big risk by retiring and I’ve grown from it, both creatively and as a wife and mother. My daughter and I learn to paint together with acrylic paints on cold winter days. She sees me pursuing my dream of writing for a living and not just talking about doing it one day.

7. I still long to retire

After my husband and I clicked through the pictures of our old home and admired the changes made by the new owners, he asked me, “Do you want to move out?”

“No way,” I said, knowing that’s what he wanted to hear. It listed for a shocking $2 million in June, double what we paid for it seven years earlier.

But it was a lie.

My feelings are much more complicated. Despite everything Madison offers, a deep-rooted part of me longs to pull back. LA got under my skin with its unmanageable chaos and lingering twilights. I grew up in Wisconsin and was always on the lookout. I longed to escape the conventions of my childhood. I was restless, and LA offered endless variety. Despite my rational side ticking boxes, a part of me wants to be there again. One day maybe we will.