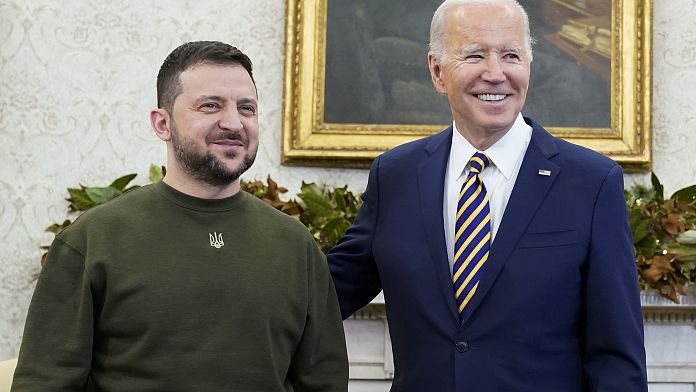 “He’s trying to weaponize winter, but the people of Ukraine continue to inspire the world,” Biden Zelenskyy said at a meeting in the White House Oval Office. “I mean that sincerely. Inspire not just us but the world with their courage and how they chose their resilience and determination for the future.”

Included in the package is the coveted Patriot missile battery, the most advanced surface-to-air missile system western Ukraine has offered.

Zelenskyy and other Ukrainian officials have urged Western leaders to provide more advanced weapons, including the Patriots, to help their country in its war with Russia.

Russia has previously said this would signal an escalation in tensions and it remains unclear when the Patriot will arrive at the front lines.

Also included in the package are two other key items: an undisclosed number of Joint Direct Attack Munitions Kits, or JDAMs, will be sent to Ukraine; and the US will also fund satellite communications terminals and services to shore up a potential vulnerability for Ukraine after billionaire Elon Musk said his company could no longer afford to provide the services for free.