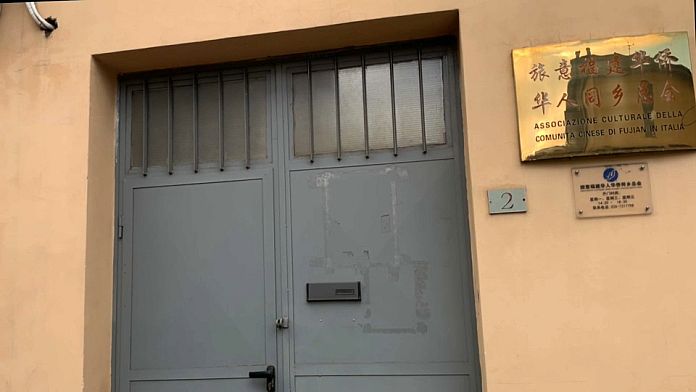 The sign outside the door of the building in the Tuscan city of Prato reads Cultural Center, but a recent investigation by civil rights group Safeguard Defenders claims it is one of over 100 unofficial Chinese police stations around the world that have been conducting “conviction” return operations .

The center has been closed since these allegations emerged. According to Safeguard Defenders’ latest report, such centers have been used in at least 83 cases to force Chinese dissidents to return home.

Safeguard Defenders allege that many other illegal activities are carried out as part of what they describe as China’s massive transnational policing and repression campaigns. According to their report, Italy is a rather unique case. It’s not just one of the few countries that hasn’t yet launched a full investigation. It is also the country with the highest number of these police stations on European soil.

But Erica Mazzetti, a lawmaker from Forza Italia in Prato who is very concerned about the case, says a recent meeting with Italy’s interior minister was encouraging

“For the first time, something very clear emerged from the meeting,” she says. “The minister said an inquiry has been launched to look into the issue. We are very happy to know that. It is an important step for the city of Prato and for the other cities where the rest of the suspected police stations are located. “

The investigation was based on open-source information drawn from Chinese public statements and data. Safeguard Defenders claim that a joint police patrol agreement signed by both Italy and China in 2015 may have encouraged these activities.

“These 2015 patrol agreements and the 2017 enhanced anti-terrorist agreement were definitely first,” says Laura Harth, campaign manager at Safeguard Defenders. “And I think it was a mistake to sign it, considering its counterpart: the Ministry of Public Security in China, which has been credibly accused of multiple crimes against humanity.”

Lia Quartapelle, the Democrats’ foreign policy spokeswoman, is one of the few other politicians who believes this is a cause for concern nationwide. She put parliamentary questions on the subject.

“We want this government to have serious relations with China,” she says, “unlike the first government under Giuseppe Conte, which made too many compromises with China.”

Safeguard Defenders recently took part in a public hearing on the issue before a special committee of the European Parliament.

“It makes sense that European countries act together against all these practices,” says Harth.

Regardless of whether or not evidence of illegal activity at these centers will surface, it seems like there are many people here in Italy who are still looking for answers.