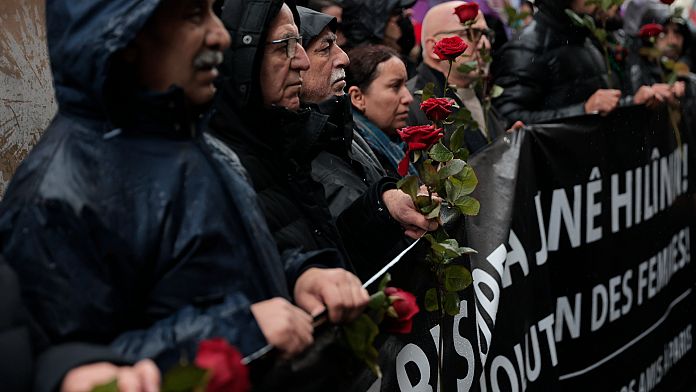 Hundreds of people demonstrated in Paris on Monday to commemorate three Kurds who were shot dead in the French capital last week.

The suspect, a 69-year-old Frenchman, has confessed to a “pathological” hatred of foreigners and spent nearly a day in a psychiatric facility before being taken back into police custody on Sunday, authorities said.

The shots fired at a Kurdish cultural center and a nearby hair salon on Friday sparked panic in the city’s busy 10th district, which is home to numerous shops and restaurants and a large Kurdish population.

Three others were injured in the attack, but none were in life-threatening condition and one was discharged from hospital.

The violence has revived the trauma of three unsolved killings of Kurds in 2013 that many blame Turkey for.

Many in the Kurdish community have expressed anger at the French security services, saying they did too little to stop the shooting.