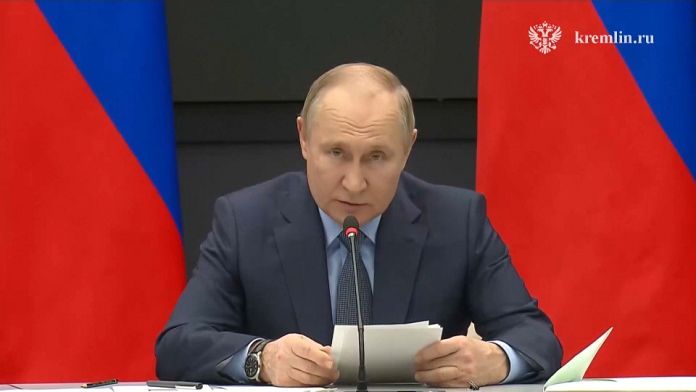 Russia is ready to negotiate with all parties involved in the war in Ukraine, but Kyiv and its Western backers have refused to take part in talks, President Vladimir Putin said in an interview aired on Sunday.

Russia’s February 24 invasion of Ukraine sparked the deadliest conflict in Europe since World War II and the biggest confrontation between Moscow and the West since the 1962 Cuban Missile Crisis.

So far there is no end to the war in sight.

The Kremlin has previously said it will fight until all of its goals are achieved, while Kyiv said it will not rest until all Russian soldiers are expelled from its territory, including Crimea, which Russia annexed in 2014.

“We are ready to negotiate acceptable solutions with all parties involved, but that’s up to them – it’s not us who refuse to negotiate, it’s them,” Putin told state TV channel Rossiya 1.

CIA Director William Burns said in an interview published this month that although most conflicts end in negotiations, the CIA’s assessment was that Russia was not yet serious about serious negotiations to end the war.

An aide to Ukrainian President Volodymyr Zelenskyy said Putin must “get back to reality,” adding that it was Russia that did not want to negotiate.

“Russia does not want negotiations, but tries to avoid responsibility”.