Ukraine is under attack from another Russian rocket fire 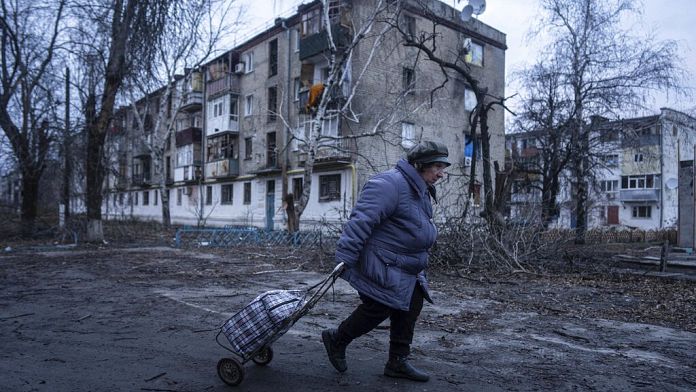 Several regions of Ukraine, including its capital, came under a massive Russian missile attack Thursday morning, the latest in a series of attacks on national infrastructure.

“We await further proposals from ‘peacekeepers’ on ‘peaceful settlement’, ‘security guarantees for RF’ and the undesirability of provocations,” Podolyak wrote on Twitter, a sarcastic reference to comments by some in the West urging Ukraine to take action to seek a political settlement of the conflict.

According to the regional administration, air defense systems were activated in Kyiv to repel the ongoing missile attack. The sound of explosions could be heard in the city. Officials say 40% of Kiev’s population is now without electricity.

Kyiv Mayor Vitali Klitschko on Thursday warned of potential power outages in the capital, urging people to stock up on water supplies and charge their electronic devices.

As the latest wave of Russian strikes began, authorities in the Dnipro, Odessa and Kryvyi Rih regions said they had cut power to minimize damage to critical infrastructure if they were hit.

Kharkiv Mayor Ihor Terekhov said there had been numerous explosions in Ukraine’s second largest city. Explosions could also be heard in the city of Lviv near the border with Poland, according to Terekhov’s counterpart Andriy Sadovyi.

Ukrainian authorities in several regions said some Russian missiles had been intercepted.

The governor of southern Ukraine’s Mykolaiv province, Vitaliy Kim, said five missiles had been launched over the Black Sea. Ukraine’s military command in the north said two were shot down over the Sumy region on the border with Russia in the north-east of the country.

Fragments of fired Russian rockets damaged two private buildings in Kyiv’s Darnytskyi district, the city administration said. An industrial plant and a playground in residential areas across the Dnieper were also damaged. No casualties were immediately reported.