US snowstorm: Latest figures put the death toll at 61 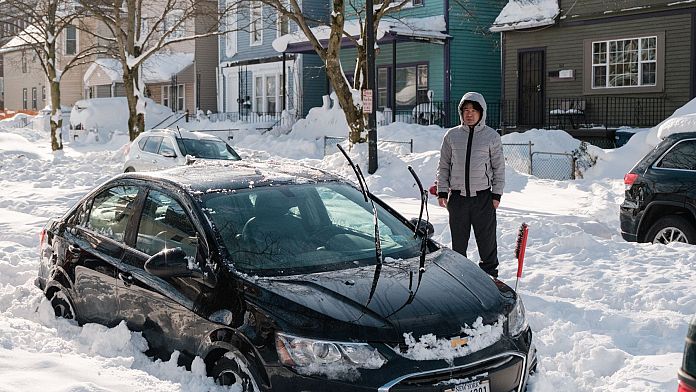 Two more deaths were recorded in connection with the storm, which shook much of the United States around Christmas, taking that historic blizzard’s toll to at least 61 deaths, authorities said Thursday.

Both deaths occurred in Erie County, New York, where the city of Buffalo is located.

At least 39 people have died there and the number is likely to continue to rise, County Official Mark Poloncarz said at a news conference. Among them, four were found in cars, 11 in houses and 17 outside, he said.

As temperatures get warmer, authorities fear rapid snowmelt could cause flooding.

“Fortunately, it looks like the flooding will be minimal. There’s a good chance of flooding, but it doesn’t look like it’s going to be serious,” Poloncarz said.

Power has finally been restored to everyone in the county, he added, and the driving ban has been lifted.

The Buffalo area, although accustomed to harsh winters, was badly hit by the storm. Heavy snowfall, freezing winds and a sudden drop in temperature wreaked havoc, leaving rescue teams stranded.

Euronews spoke to a local resident, Angela, whose brother-in-law works for National Grid and has been stranded in a hotel since Friday last week.

“The storm lasted two full days, the wind and snow were just terrible. Luckily I don’t have a power outage at home, but we ran out of milk and bread.”

Municipalities now have to react to criticism that calls their crisis management into question.

The cold was felt to varying degrees across much of the country as far away as Texas and Florida, states unaccustomed to such weather conditions.

The storm also caused major disruption at airports with thousands of flight cancellations.