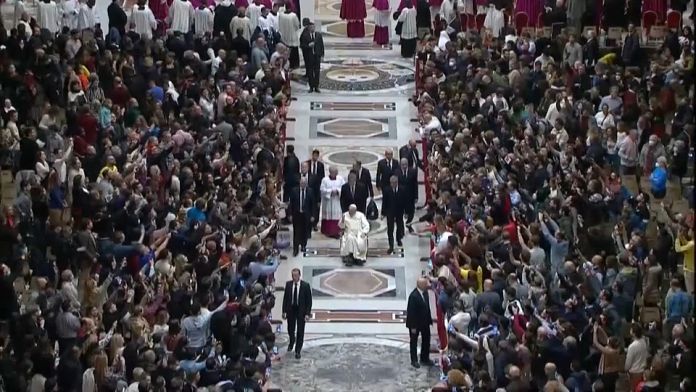 Francis praised the Pope Emeritus, who died at the age of 95, for his work and his faith.

“It is with emotion that we remember such a noble, such a kind person. And we feel so much gratitude in our hearts: gratitude to God for giving him to the Church and to the world, gratitude to him for all the good he has done and especially for his witness of faith and prayer, especially in these last ones years of his life in retirement,” said Pope Francis.

Benedict XVI led the Catholic Church for almost eight years before becoming the first pope to step down in 600 years in 2013.

Throughout the day, people reacted with sadness to the news of the death of the Pope Emeritus.

“I approached the square to pay my last respects, although I’m not a big believer. But he was a great philosopher and a great pope,” said one woman.

Memorial services were held in Benedict’s native Germany. Church bells rang and flags were hoisted – including in his home town of Märktl in the south-east of the country, which Benedict called his “spiritual home”.