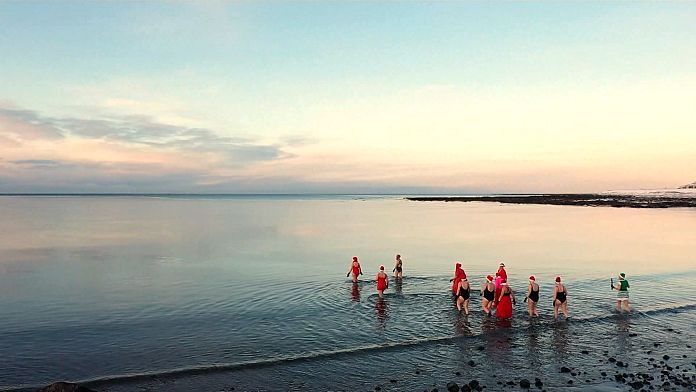 This week 300 winter swimmers braved the weather in the waves of the North Sea at a popular festival in Jutland called the Winter Swimming Festival.

Eggs flew through the air and clouds of flour billowed as the northeastern Spanish city of Ibi celebrated its annual “Els Enfarinaté” festival, a 200-year-old event in which two sides engage in a symbolic battle, throwing eggs, flour and firecrackers at each other, as they fight to gain control of the city in a mock coup.

Hospital patients with IV fluids and oxygen tanks filled the corridors of an emergency room in Shanghai while relatives queued for funeral services as China faces an explosion of COVID-19 cases that is overwhelming its healthcare system.

Meanwhile, in Lyon, France, around 40 people gathered to commemorate Mohammad Moradi, an Iranian who committed suicide in the city’s Rhône, to draw attention to his country’s plight.

The monster storm that killed over 61 people in the United States over Christmas weekend continued to wreak havoc on New York State.

And even though the sea temperature was two degrees below zero, that didn’t stop swimming group Ranardaetur from going for a swim in Alftanes, Iceland.

No agenda, no inclination. Get the picture without comment.