Chinese airlines want to benefit from the opening of the border

Chinese airlines will be the early winners of the country’s international reopening, analysts say, after keeping most of the widebody aircraft and staff on standby, while foreign airlines are struggling with capacity constraints following earlier border reopenings.

According to a McKinsey analysis using Cirium data, less than a fifth of China’s widebody fleet of about 500 planes is in storage, with most planes active but flying fewer hours than usual on domestic routes and limited international flights and cargo flights.

Chinese airlines also kept most pilots and cabin crew during the pandemic, and airports kept about 90% of their employees, a move that should help airlines avoid the chaotic ramp-up in North America and Europe, said Shenzhen McKinsey partner Steve Saxon , who heads the Asia Travel Practice.

“Profitability will be good in the short-term… because even if Chinese airlines move fairly quickly, globally we’re seeing demand coming back faster than supply,” he said. “And that usually means that prices are therefore high.”

About 62% of tickets to and from China were sold by Chinese airlines and 38% by foreign airlines in 2019, ForwardKeys data shows, reflecting strong outbound dominant traffic flows.

“Chinese airlines are at the forefront,” Singapore-based independent analyst Brendan Sobie said of the recovery, citing advantages such as a large distribution base in China and the ability to quickly allocate capacity on routes with the greatest demand.

“Foreign airlines don’t have that flexibility and it will be difficult for them to predict and forecast how quickly demand will return on their China routes,” he added.

Many foreign airlines have also retired large numbers of wide-body aircraft during the pandemic and have struggled to add capacity even before China opened.

Airlines including Lufthansa, United Airlines, Singapore Airlines and Qantas Airways said this week they are reviewing their plans to fly to China, but did not announce any immediate increases. 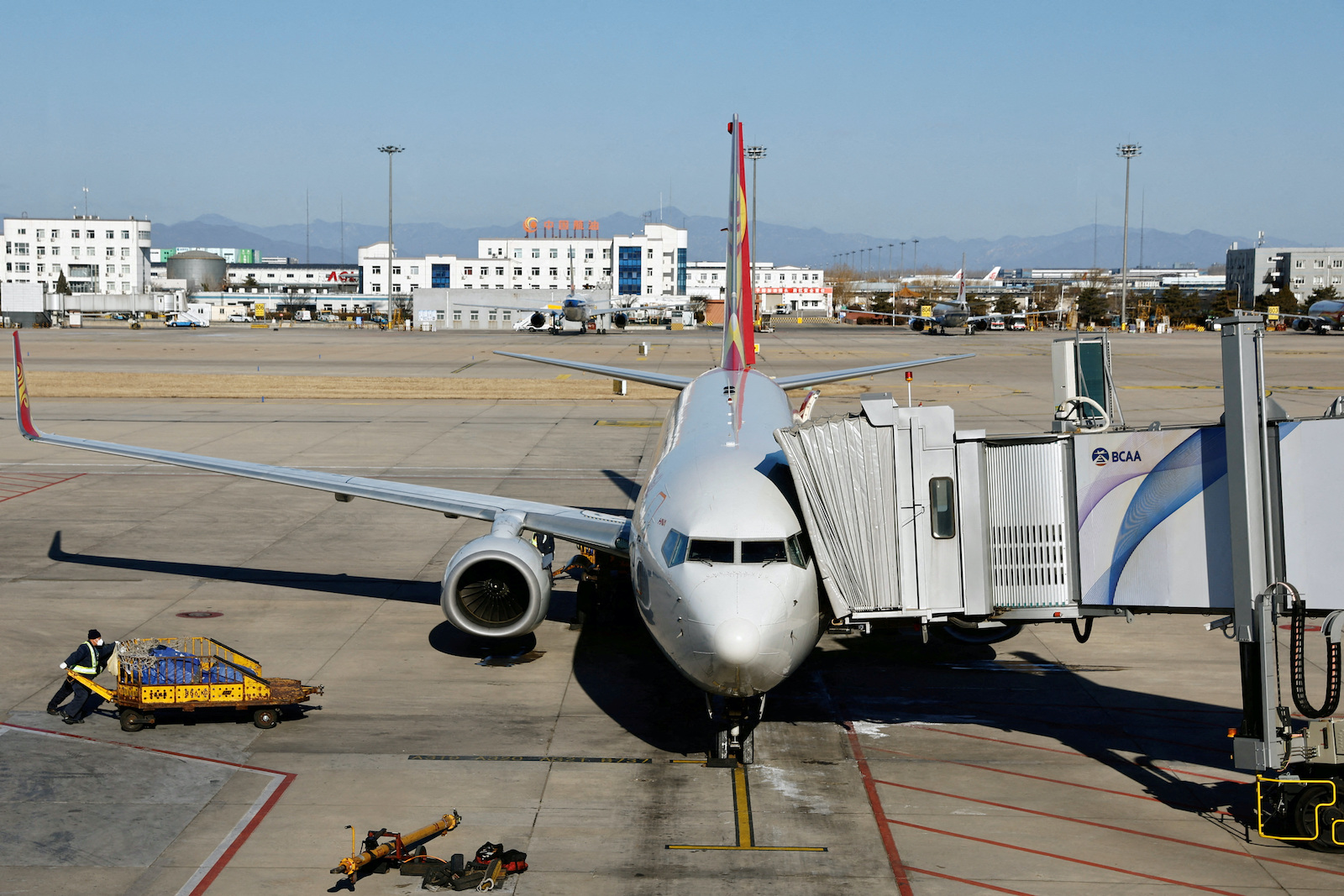 The Chinese travel industry had expected a border opening around March and was not prepared for January. 8-date, according to a research note from Tianfeng Securities.

International flights to and from China are at just 8% of pre-pandemic levels, VariFlight data shows, and airlines need confirmation of traffic rights and airport slots as they attempt to increase capacity.

Ticket prices remain high, and other initial travel hurdles include an expected backlog of passport renewals and visa applications, and new testing requirements for Chinese travelers introduced by countries like the United States, Japan, India and Italy, Saxon said.

He expects international capacity to and from China to rise to around 20% to 30% of pre-pandemic levels by March, and perhaps reach 50% by summer.

July is the most searched month for travel to China, a big business and leisure market, according to this week’s Skyscanner data provided to Reuters.

“From a pricing perspective, there may be short-term volatility due to high demand, but we expect airlines to quickly mobilize aircraft and crew and reintroduce capacity to keep pricing attractive,” said a Skyscanner spokesman.