Air from 2022 for sale on Japanese flea market app Mercari

In Japan, the Lunar New Year holiday is often a time for shopping. Cash gifts are commonly exchanged between family members, and stores try to take advantage of this extra pocket money with special offers such as limited and discounted items in goody bags.

While this is usually the practice of stores and large corporations, it looks like individuals are getting in on the action with their own special edition item: Air! 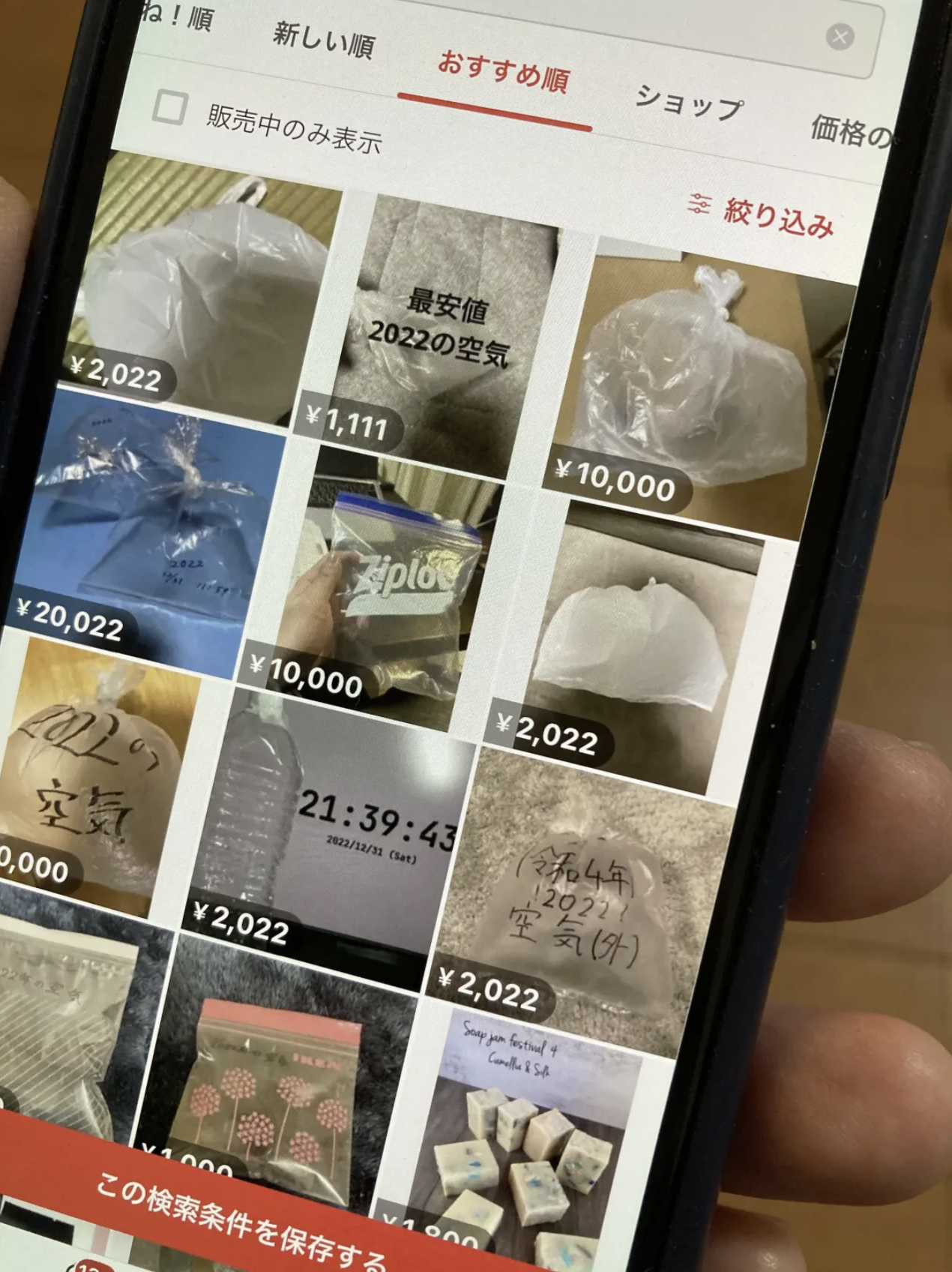 On New Year’s Day, several postings were published on the flea market app Mercari in which “Air of 2022” was offered enclosed in plastic bags and bottles. Most sell for the reasonable price of 2,022 yen, but some ambitious sellers went as high as 20,022 yen.

This may cause many to wonder, “Why do people do this?” with some expletives interspersed for good measure. Selling air is not particularly new. A British company made headlines selling bottled air a few years ago, and even in Japan a company started selling canned “Air of Heisei” just before Naruhito became Emperor and the Japanese era officially changed from Heisei to the current one Reiwa passed.

▼ A 2019 story about Air of Heisei. It was also a tourist campaign for the Heinari region, whose kanji characters are identical to “Heisei”.

It seems Air of Heisei has started this. When the cans launched in 2019, priced at 1,080 yen each, ordinary people also decided to get in on the action by selling their own Air of Heisei. However, since Heisei was already done, they had to find air from that era that was already trapped and typically found in packaging materials like bubble wrap or packaging airbags made before April 2019.

▼ Air of Heisei can still be purchased from Mercari. 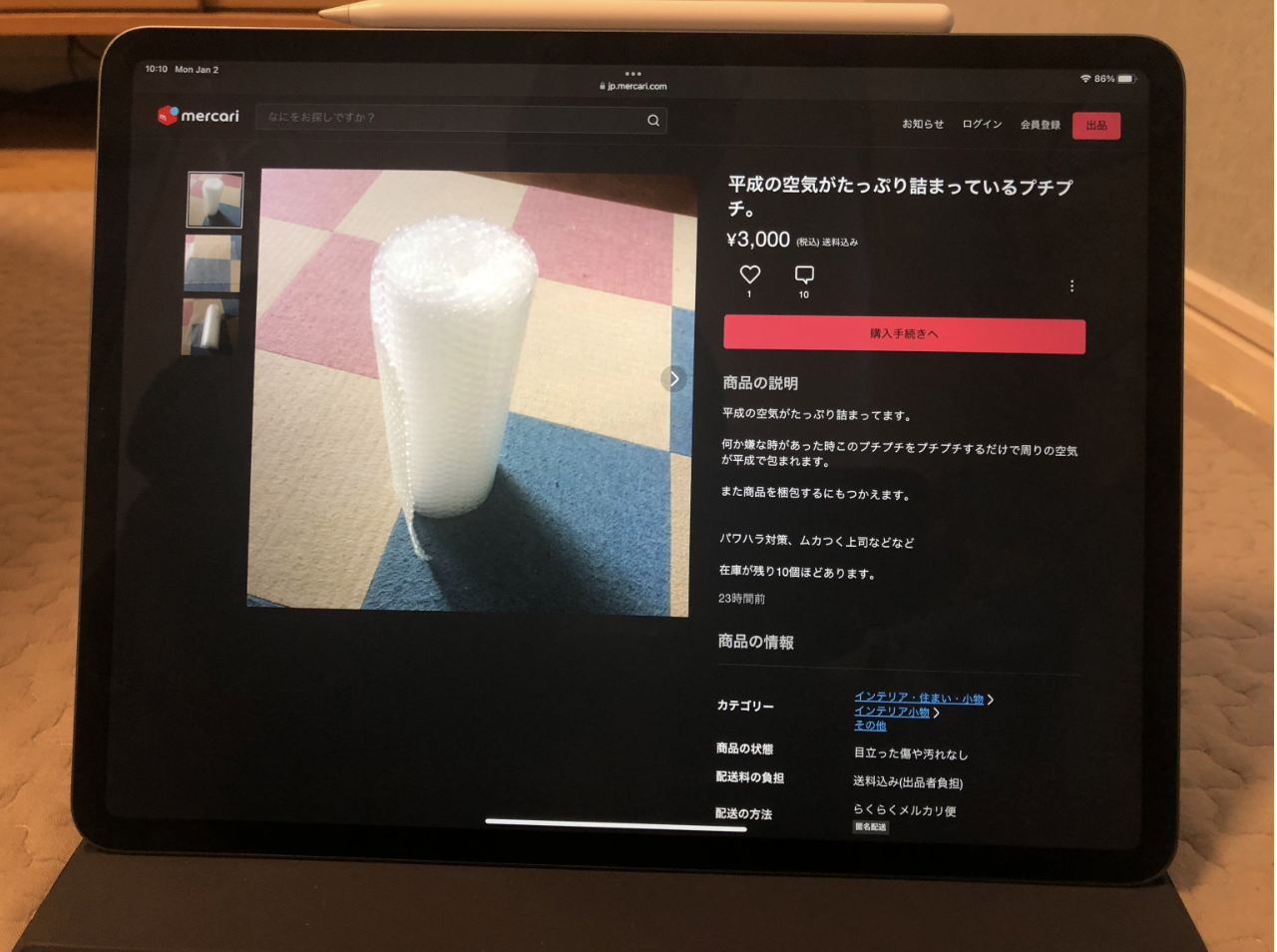 The following New Year, a number of vendors began selling “Air of 2020” and, with the knowledge in advance, were able to lock in their own air to sell a more artisanal version than the slick-looking cans.

Admittedly, 2020 wasn’t a good year for air unless you’re a pathologist, which may be why there weren’t many posts for air the following year of 2021. But it seems to have made a sudden comeback in late 2022 and surprised people, according to online comments.

“I can still get something out of my tires!”

“It loses its freshness in a plastic bag. If you buy some, you should definitely freeze them.”

“But how can you be sure that it really isn’t just 2023 air until it gets to your house and you open it?”

On Mercari it is possible to look up the history and reviews of sellers and when you check the people selling Air of 2022 they all seem to be regular sellers of typical items like clothing, electronics or figurines and all the sellers that I can think of viewed were perfect five star customer satisfaction ratings. So maybe selling Air of 2022 is just her nice way of sending a New Year’s greeting to fellow Mercari users.

And if someone actually buys the air: Hey, all the better!

There’s only a handful of people selling last year’s air right now, but we may be witnessing a quirky garage sale app Christmas tradition in the making. So keep your eyes peeled for Air of 2023 going on sale next year, or start stocking up and selling some of your own now.