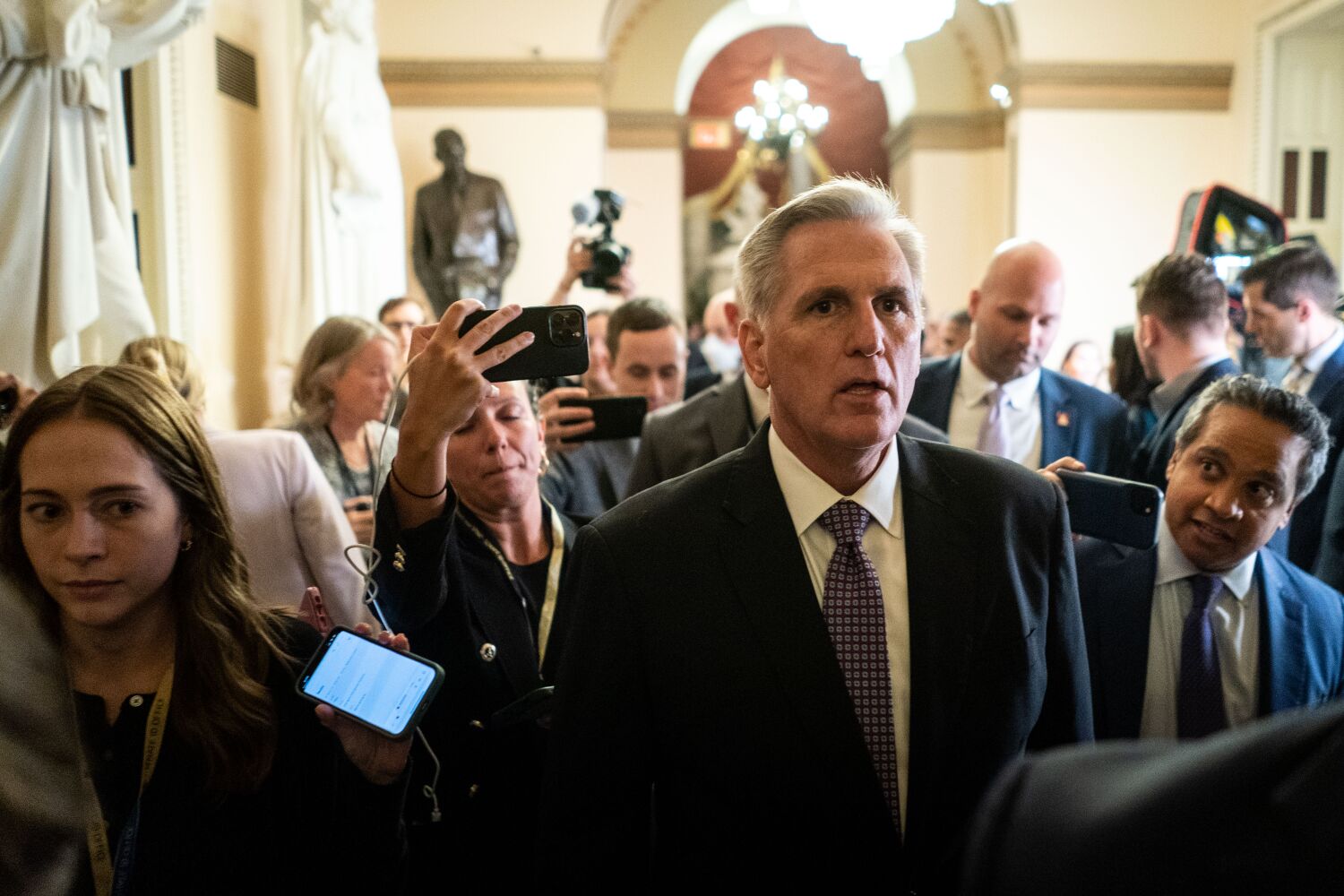 Kevin McCarthy, the Republican leader in the House of Representatives, lost again on Thursday in his seventh attempt to be elected speaker, continuing the saga that will succeed Republican Nancy Pelosi (D-San Francisco).

McCarthy signaled to reporters ahead of the vote that he would again come up short as negotiations were ongoing with some of his Conservative opponents. After Wednesday afternoon’s sixth failed vote, Republicans voted to adjourn until Wednesday night to give McCarthy more time to convince skeptics. When they reconvened that evening, Republicans again pushed back the next vote to Thursday.

Conservatives in the House Freedom Caucus, who have supported an alternative speaker to McCarthy, want him to make more concessions to potentially win them over. The list of questions includes lowering the threshold to allow an individual member of the House of Representatives Republican Conference to propose a motion to vacate the presidency, a tool that could oust the speaker; Placing more Freedom Caucus members and allies on the Rules Committee; and a commitment to hold a vote on term-limit legislation for members of Congress.

The embattled Republican leader is 16 votes short of being elected speaker, but there are members of the so-called “Never Kevin” caucus — which includes Reps. Florida’s Matt Gaetz and Colorado’s Lauren Boebert – who insist they will never back him in a vote and question whether he even has a plausible route to the job.

“You never have to ask me again if I deny Kevin McCarthy,” said Rep. Bob Good (R-Va.) customs reporter. “I will never vote for Kevin McCarthy.”

Although most of the 20 Republicans who supported McCarthy alternatives on the floor voted for Rep. Florida’s Byron Donalds voted Gaetz for former President Trump in the seventh ballot.