McDonald’s branches in Kazakhstan are closing due to supply problems 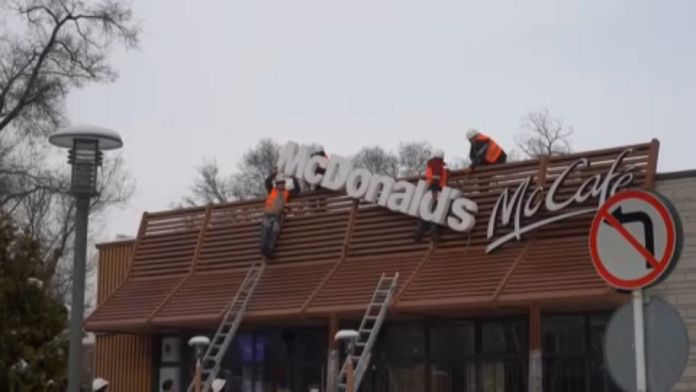 Workers removed the branding from McDonald’s branches in Kazakhstan’s largest city Almaty on Friday after the fast-food giant’s local business appeared to have fallen victim to collateral damage from the Russia-Ukraine war.

Many Kazakhs, who pride themselves on their meat-centric cuisine, expressed disbelief that McDonald’s Kazakh licensee, Food Solutions KZ, could not source its beef patties locally and imported them from Russia until war forced it to shut down and eventually to close.

The Kazakh company said Thursday it would soon reopen its restaurants under a new brand due to “supply issues.”

Many Kazakh companies are struggling with supply problems following the Russian invasion of Ukraine and subsequent Western sanctions against Moscow. Neighboring Russia is Kazakhstan’s most important trading partner.