Useful in Japan: Four versatile Japanese expressions with a total of 28 meanings

Japanese Twitter user こあたん Koatan (@KoalaEnglish180) regularly publishes illustrated tips for learning English, which he has gathered from his daily experiences in Australia.

However, one of his recent posts deviated from his usual style. Instead of focusing on Japanese people learning English, it focused on native English speakers learning Japanese. In the first two panels, he says, “If you think English is difficult… Don’t worry. Japanese is more terrible!” He then introduces four Japanese expressions, each with multiple meanings. 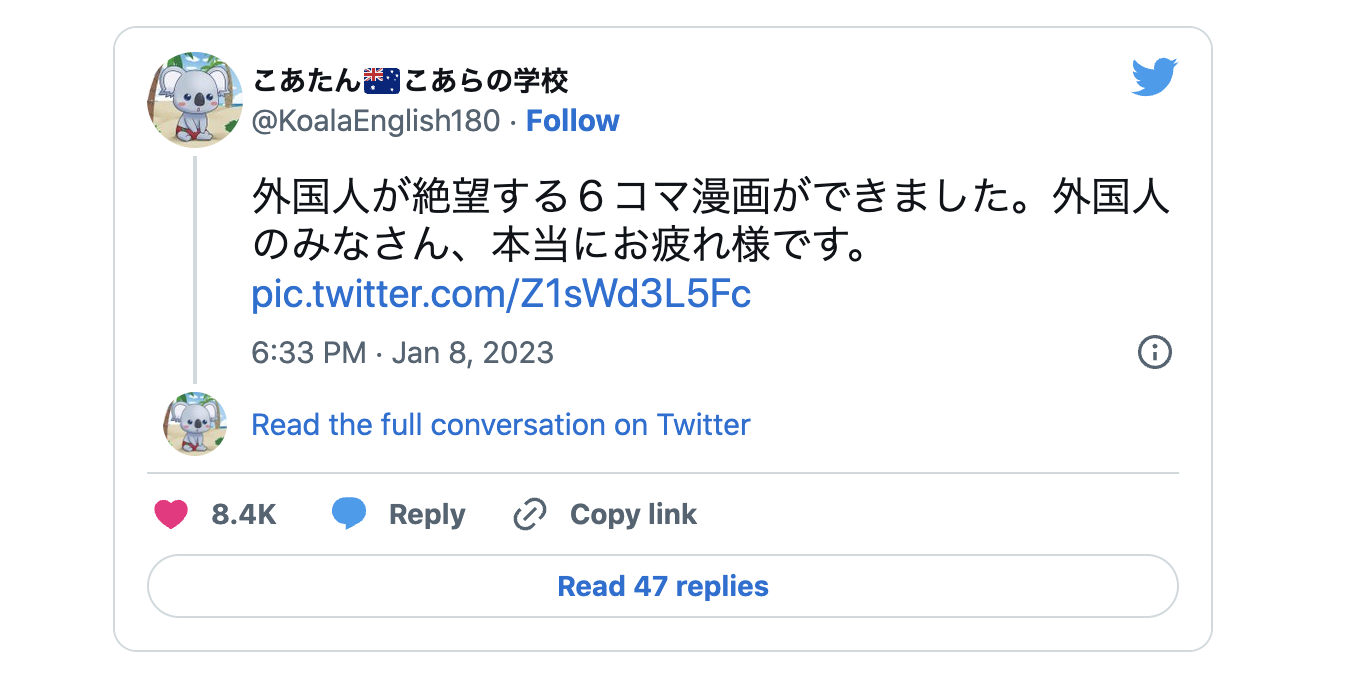 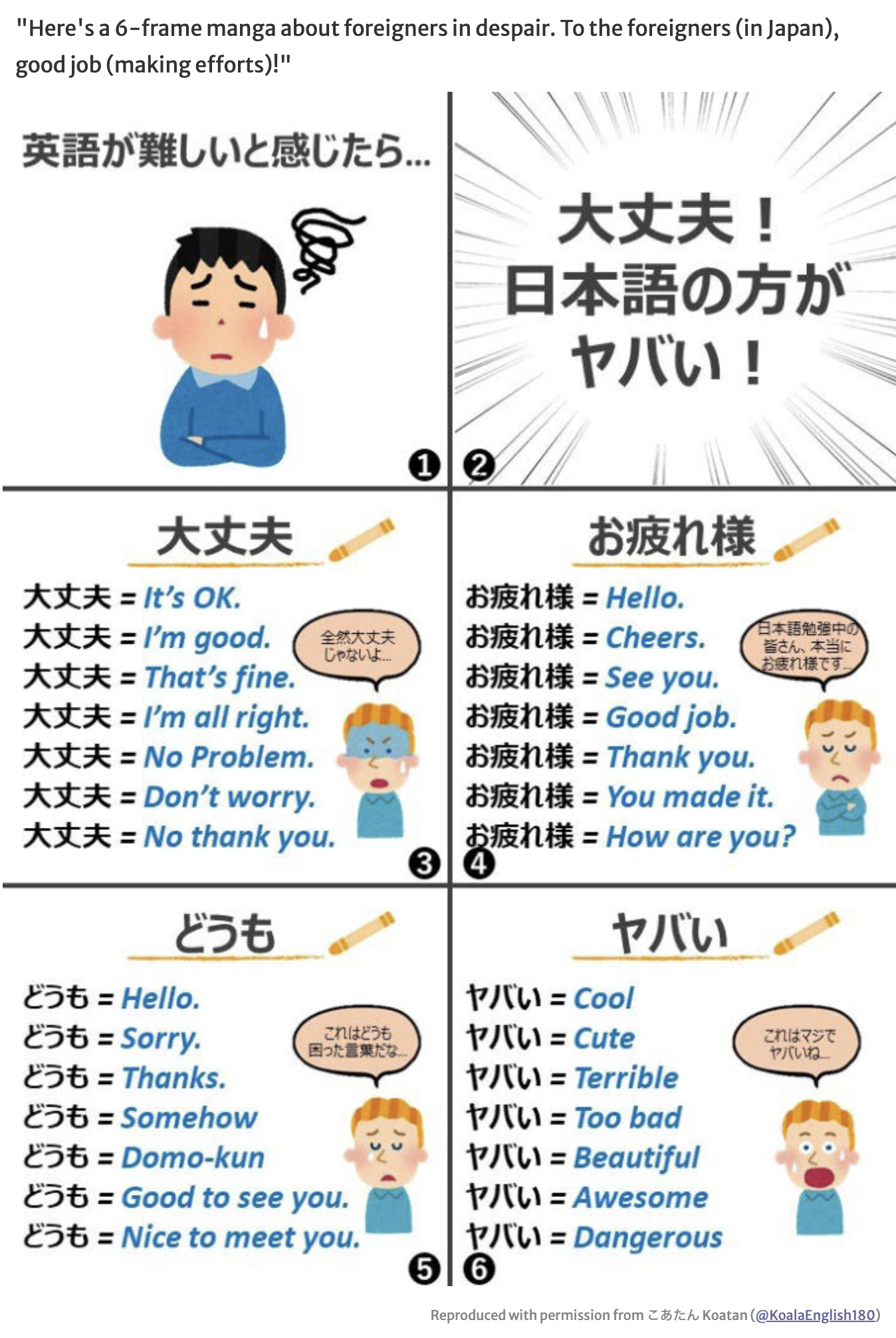 Koatan plays this out of humor and tries to make his readers feel better by implying that their difficulties in learning English are not comparable to what non-Japanese speakers go through when trying to learn their language.

However, his argument is based on the notion that all learners prefer a one-to-one correspondence between the two languages, when this is not necessarily the case.

In fact, having multiple meanings for a single phrase can be quite handy, since you don’t have to memorize multiple phrases and learn how to pronounce each one.

So let’s look at these four expressions:

In fact, 大丈天 is a very versatile word. You can use it to express your agreement, to confirm that you agree with something your interlocutor has said, and even to reassure them when they seem worried about you. Additionally, 大丈天 can be used just like “I’m good” or “I’m OK” to decline an offer in English for the same purpose.

A waiter worries that you can’t handle the spice level of the ramen ordered (with some notable exceptions, the spice level for Japanese food is usually mild compared to other countries as most Japanese have relatively low spice levels). Tolerance to spicy food)? Daijobu! Would you rather have a knife and fork? (holds up chopsticks) Daijobu! Would you like to try some natto (fermented soybeans) with your rice? [Making the stop gesture and showing a slightly disapproving expression] daijobu.

どうも dome is probably one of the most versatile words in Japanese. While the different meanings of daidobu not deviate too much from “I’m OK” or “OK” in English, dome is not easy to explain and has a truly remarkable variety of possible meanings. It can be used to show appreciation, to apologize, and to greet someone casually. It’s also an adverb meaning “somehow” and yes, it’s the name of NHK mascot Domo-kun.

When you visit Japan as a tourist, you will find it convenient when a stranger holds the door for you, shows you the way, or does something nice for you. just say domewith a smile and a slight bow.

The next two phrases may be more useful for people who are in Japan for a long time or who have already learned some Japanese and have Japanese friends to practice with.

The expression お疲れ様 otsukaresama used among work colleagues, friends, and sometimes family members and acquaintances. While its etymology is derived from the verb 疲れる tsukarumeaning “to get tired” is used in any situation where there is a reason to recognize a person’s work or effort.

It’s a common phrase co-workers say before they leave the office at the end of the day, but it can also be used when greeting someone who knows they’ve traveled well or did something to make themselves count for the occasion to prepare.

This is the only slang term among the four, so it’s only appropriate among friends or close colleagues (and not your boss or a stranger). Finding a Japanese friend can be fun to use in all sorts of situations, both positive and negative.

As you can see, these four Japanese phrases can be used in many different situations, some of which might come in handy when visiting Japan.

Instead of interpreting the multiplicity of meanings as negative, you can look at the positive side and see them as a plus.

— How to really enjoy Golden Gai, a famous bar-hopping paradise in Kabukicho, Tokyo