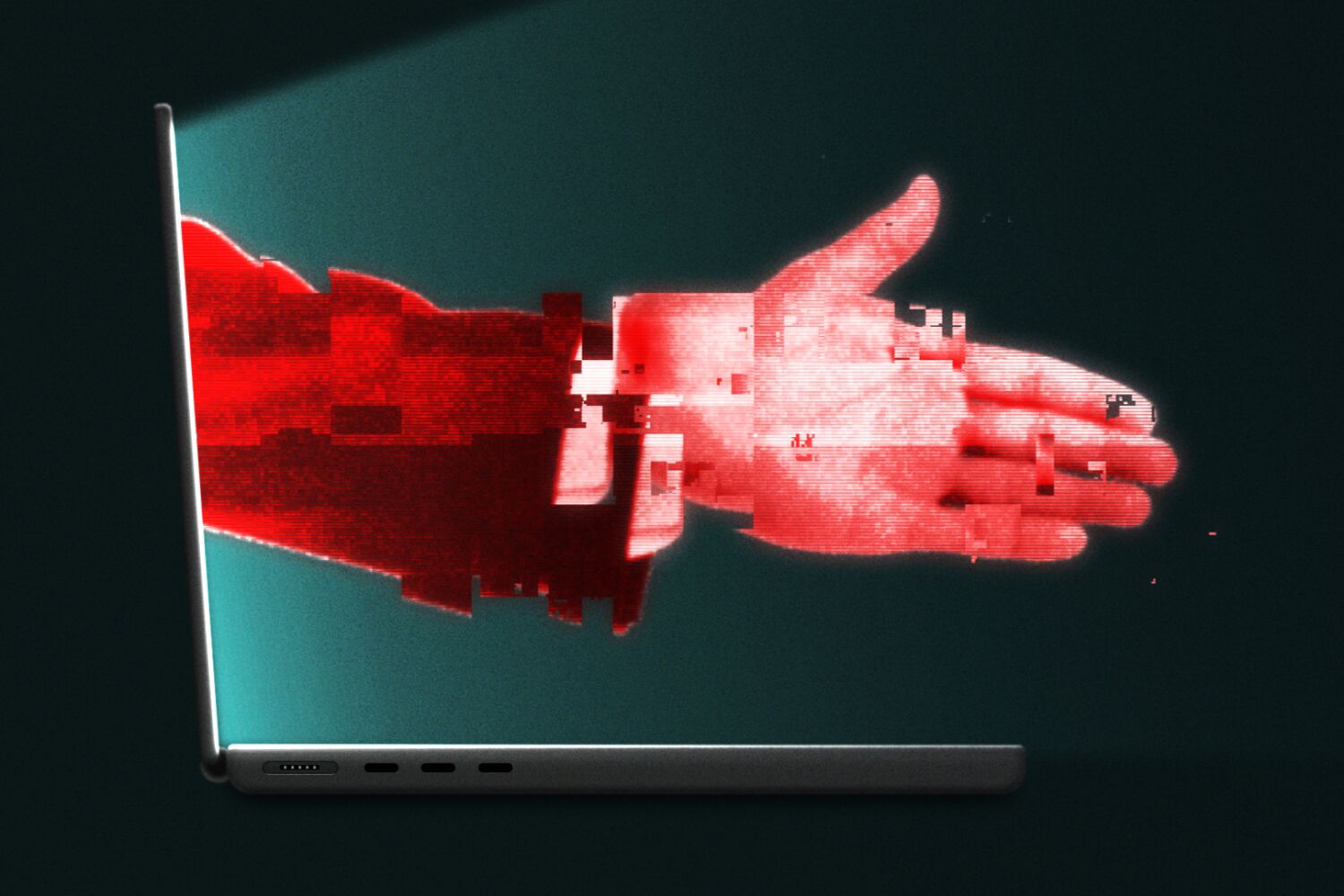 “I am pleased to report that based on your experience and work skills, the company has decided to hire you as one of our data analysts (REMOTE),” the email reads. “On behalf of our company, I congratulate you on your achievement.”

A subsequent email from Human Resources informed her that she would be receiving a long list of equipment items to her home in Monta Vista, Colorado. — including an Apple iMac Pro, an external hard drive, filing cabinets, an HP LaserJet printer — which she could purchase with a check mailed to her.

Within 48 hours, she had submitted a resume, filled out a list of lengthy interview questions, and received a job offer.

The process couldn’t have gone smoother — until she opened the official offer letter. It was addressed to “Greeshma”.

Pounder quickly discovered she was the target of a job scam, an elaborate ruse to trick desperate job seekers into giving up their personal information and, in many cases, their money.

Scams have been around as long as humans have existed, but since the pandemic began, employment scams have skyrocketed as remote working becomes the norm and employers become increasingly dependent on online forms of communication.

The number of job and employment agency scams reported to the Federal Trade Commission nearly tripled between 2020 and 2021, from 7,324 to 21,848 in the third quarter of each year.

“Scammers are always following the headlines and trying to take advantage of the things people need in a given moment,” said Kati Daffan, deputy director of the FTC’s Division of Marketing Practices, which responds to consumer fraud. “So we saw a lot of offers — that people could work from home, that people could have flexible jobs, that people could make a lot of money without too much effort.”

The 52-year-old Pounder re-entered the job market after taking time off and selling her home in Wyoming. She had several years of experience in IT, mainly in business systems and as a data analyst.

The company she applied to was a legitimate architecture firm based in New York, and while the pay was lower than she would normally accept, it was a remote position and she was interested in working in architecture . Although she never spoke to anyone during the application process, she figured things just worked that way in a world changed by a pandemic.

“That should have been a red flag from the start … if I hadn’t been busy with other things,” Pounder said.

She also verified that the person who originally contacted him to set up an interview matched the name of the person listed as the hiring manager on LinkedIn. However, after receiving the offer letter addressed to the wrong person, she decided to call the architectural firm to confirm her position.

They told her her LinkedIn account had been hacked.

Others have also reported encountering fake recruiter profiles for legitimate companies on LinkedIn and other job search sites like Indeed.

Heather Lagaso, 42, has been looking for a remote job since her compliance and records management role in the Oregon Department of Occupational Safety and Health was eliminated in November 2021.

In 2022, she encountered 67 fraudulent job postings, almost all on LinkedIn or Indeed, she said. She has followed the listings in a document she shared with The Times.

“I’ve honestly been looking for something that offers … a home schedule or some kind of flexibility,” said Lagaso, who lives in Gervais, Ore, due to her son’s medical needs. She noted that many of the jobs were in customer service, personal assistance, or logistics or shipping.

Some scams were obvious, others more difficult to spot — including one that included a web address that resembled the real company’s domain name, she said. In this case, she applied via LinkedIn and was asked to download an app called Wire for further communication.

LinkedIn spokeswoman Autumn Cobb said members should report scammers so they can take appropriate action and take advantage of new safe job hunting features, such as: B. Information about when profiles were created and warnings about “potentially high-risk content”.

“Unfortunately, scammers are getting more sophisticated,” Cobb said. “We use a combination of human verification and automated defenses to prevent job fraud, and we encourage our members to look for signs of potential fraud at every stage of their job search.”

LinkedIn said it proactively removed 87.1 million pieces of spam or fraudulent content in the first half of 2022.

08:52 Jan 12/12/2023In a previous version of this article, a quote about Indeed’s search quality team was incorrectly attributed to Spencer Dandes of Global Gateway Advisors, a PR firm that represents the company. The statement came directly from Indeed.

Indeed said the site encourages users to report suspicious job ads or file a complaint with the police if they feel it is necessary.

“We have a dedicated search quality team that goes to extraordinary lengths and employs a variety of techniques to assess the suitability and validity of job postings,” the company said in a statement. “In fact, tens of millions of job postings that don’t meet our quality guidelines are removed every month.”

Pounder’s experience is a classic example of the fake check fraud, which accounts for about a third of income fraud reports to the FTC, according to Daffan. Lagaso said she also encountered five job scams involving getting a check.

“The scammer is sending someone money and has a very compelling story as to why if you receive that money, it’s going to be part of your new job to send the money somewhere else or buy equipment or buy gift cards for your boss,” Daffan said.

The scam is effective because banks often clear funds from deposited checks within a few business days, but it can take weeks before they find out it’s a fake. By then, the person has made their purchases and is out and about with their own money.

Sometimes people are asked to buy devices and ship them somewhere to convert money into products to resell or gift certificates for their co-workers and bosses.

Another common job scam is personal information phishing, where a spoofed employer asks for your social security number or bank details for direct deposits.

When Lagaso received feedback from the company she had applied to, she was told to fill out another form that included direct deposit information.

“That’s an odd thing to put in the motion, but people who are desperate aren’t really going to question that,” she said.

Lagaso said her job search was hampered by a 2005 felony conviction that made it difficult for her to apply for more traditional positions.

“People like me with undergraduate degrees from universities and valuable skills are being left in the dark and looking for whatever we can get,” Lagaso said. “And the ‘whatever we can get,’ we’re the sick animal in the pack, basically we’re the target because we’re desperate.”

Since the rise in income fraud in late 2020, the FTC has worked with law enforcement agencies to crack down on fraud and prosecute fraudulent businesses nationwide. The agency has a policy to have better tools to fight identity theft from governments or companies.

Consumer and business education is also crucial to prevent fraud. Daffan’s department tries to research and keep the public informed of new trends and types of scams “because obviously stopping someone from losing money in the first place is a lot better,” she said.

Pounder’s experience of almost being scammed has made her more cautious about her job search, especially when she’s receiving unsolicited emails and calls from recruiters, she said. She ensured LinkedIn profiles and contact information with company websites were double checked, although everything has since been checked.

“What got me was that it was me [using] LinkedIn basically as a trusted source,” said Pounder. “So that’s the big thing that’s changed for me, I think.”