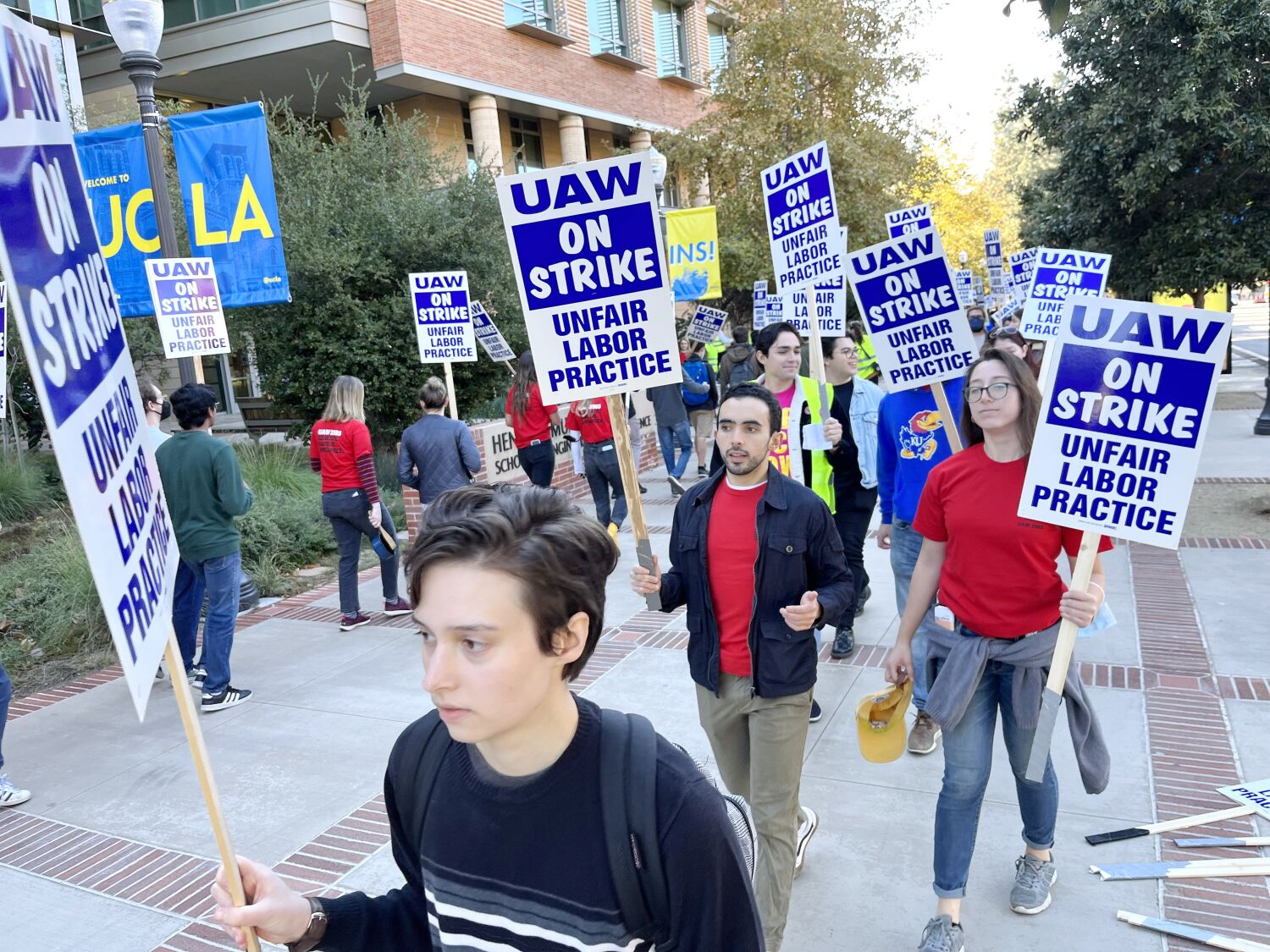 With property values ​​plummeting, investors rushed to withdraw money from a real estate mutual fund managed by private equity giant Blackstone last month. But the fund soon found a savior in the Golden State: The University of California invested $4 billion, even as other investors fled.

University officials said they believe the privately negotiated deal would bring gains and benefits to the college system, students and staff for years to come.

UC employees and housing advocates dispute this, pointing out that the fund has been buying up homes in California and other states, which they say is causing rents to rise and making housing costs even more prohibitive.

“Through this new partnership with Blackstone Inc., the university becomes a key driver of this affordability crisis for the UC community and the rest of California,” unions representing 110,000 university employees wrote in a letter to administrators last week.

The letter called for the university to immediately divest its interest in Blackstone Real Estate Income Trust.

After the housing crisis of 2008, Blackstone began buying up large numbers of single-family homes that had been foreclosed on by banks and converting them into rentals. Other Wall Street firms followed suit, and investors large and small continue to grab increasing numbers of homes across the country.

According to Redfin, the number of homes purchased by investors peaked at more than 20% of all homes purchased at the end of 2021, up from about 10% a decade ago. That percentage has now fallen slightly as interest rates have risen, making real estate less attractive as an investment.

Blackstone reports that 55% of its $69 billion fund is invested in rental housing.

The unions said in their letter that many UC workers pay more than 30% of their wages in rent. 95% of service workers said they could not afford a one-bedroom home near the UC campus or medical center where they worked.

UC officials declined to answer a list of questions, instead referring The Times to Blackstone.

In a statement, Blackstone executives said the fund owns less than 1% of rental housing in the United States and has “virtually no ability to influence rental trends in the market.”

They said 67% of the fund’s residential properties in California are designated affordable housing, where rents are set by the federal government. “We’ve committed $500 million to sustain and improve these communities while working to maintain affordability beyond the expiration of government programs,” they said.

“We believe we have the most favorable resident policy of any major rental company in the US,” they said. “For more than two years, Blackstone has elected not to conduct a single nonpayment eviction in our US rental portfolio.”

In December, Blackstone’s shares fell sharply after executives announced they would limit payouts from the real estate fund because investors were withdrawing more money than the fund allowed.

The resulting deal is expected to earn UC an 11.25% annualized return over the next six years, according to a report dated 11/3 press release from Blackstone and UC. The university is required to pay Blackstone management and incentive fees in undisclosed amounts. Blackstone will also get more cash if UC’s annualized return exceeds 11.25%.

The university could lose money if property values ​​plummet. Other investors in the fund can withdraw money monthly, but UC won’t have access to its investments for the next six years.

“The team at UC Investments has a close partnership with Blackstone and we are very well aligned through this investment to expand our relationship,” Gray said in the release.

On Tuesday, tenants living in apartments Blackstone bought in San Diego in 2021 spoke at a UC Regents meeting at UCLA.

One such speaker was Sarah Guzman, who has worked to organize tenants as part of her work for the Alliance of Californians for Community Empowerment.

Guzman said families in the San Diego apartments recently received annual rent increases of 8% to 9% — higher than those imposed by the previous landlord. She said tenants have complained of poor maintenance, including roach infestations and poorly done repairs.

Blackstone said Thursday it has completed nearly 20,000 work orders and is spending $100 million on improvements since acquiring the San Diego rentals. “We examine every single claim to ensure we’re delivering a premium experience,” the company said.

Guzman said tenants plan to continue pressuring the university to stop Blackstone from raising rents by more than 3% or evicting tenants during the COVID-19 pandemic.

“This investment shows that the University of California doesn’t care about the housing crisis or how low-income people of color are being pushed out of their communities,” she said.