Mexican cartel members arrested for dealing in ‘cocaine of the sea’

Endemic to the Sea of ​​Cortez, in the upper Gulf of California, Mexico, the vaquita is a species of porpoise that has been pushed to the brink of extinction.
The rapid decline of the species is due to illegal fishing. While the vaquita is not the target of illegal fishermen, it is the same size as the prized and endangered totoaba fish. If a vaquita gets caught in a gill net, it will drown within minutes as bycatch.

The totoaba fish is widely referred to as the “cocaine of the sea” because it is more valuable than cocaine in Mexico. Its swim bladder is used in traditional Chinese medicine and can fetch between $30,000 and $100,000 per kilogram on the black market. 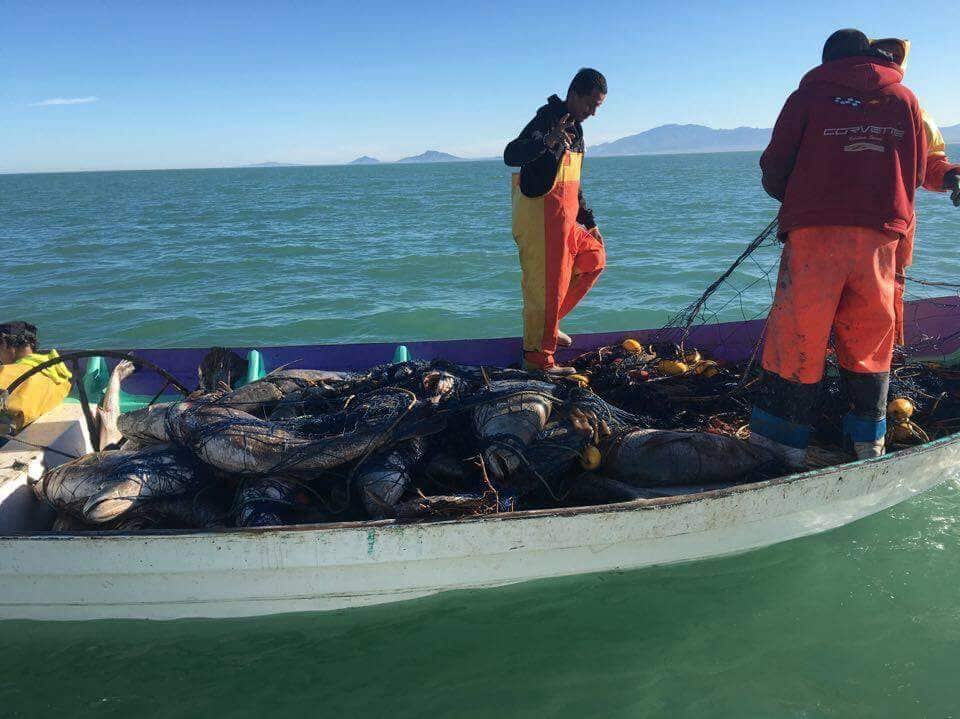 This month, the Mexican Navy confirmed that it had arrested members of cartels dedicated to the totoaba trade.

Andrea Crosta is the founder of Earth League International and has worked covertly in the Sea of ​​Cortez to investigate and identify these subterranean networks and supply chains.
“It led to the breakup of one of the six different Totoaba cartels,” Crosta told SBS Dateline.

“As we speak, there are five similar cartels in Mexico that are actively trading in totoaba, so it is important to continue this effort to investigate these cartels, particularly the international connections and how they are smuggling and selling this fish to Asia. “ 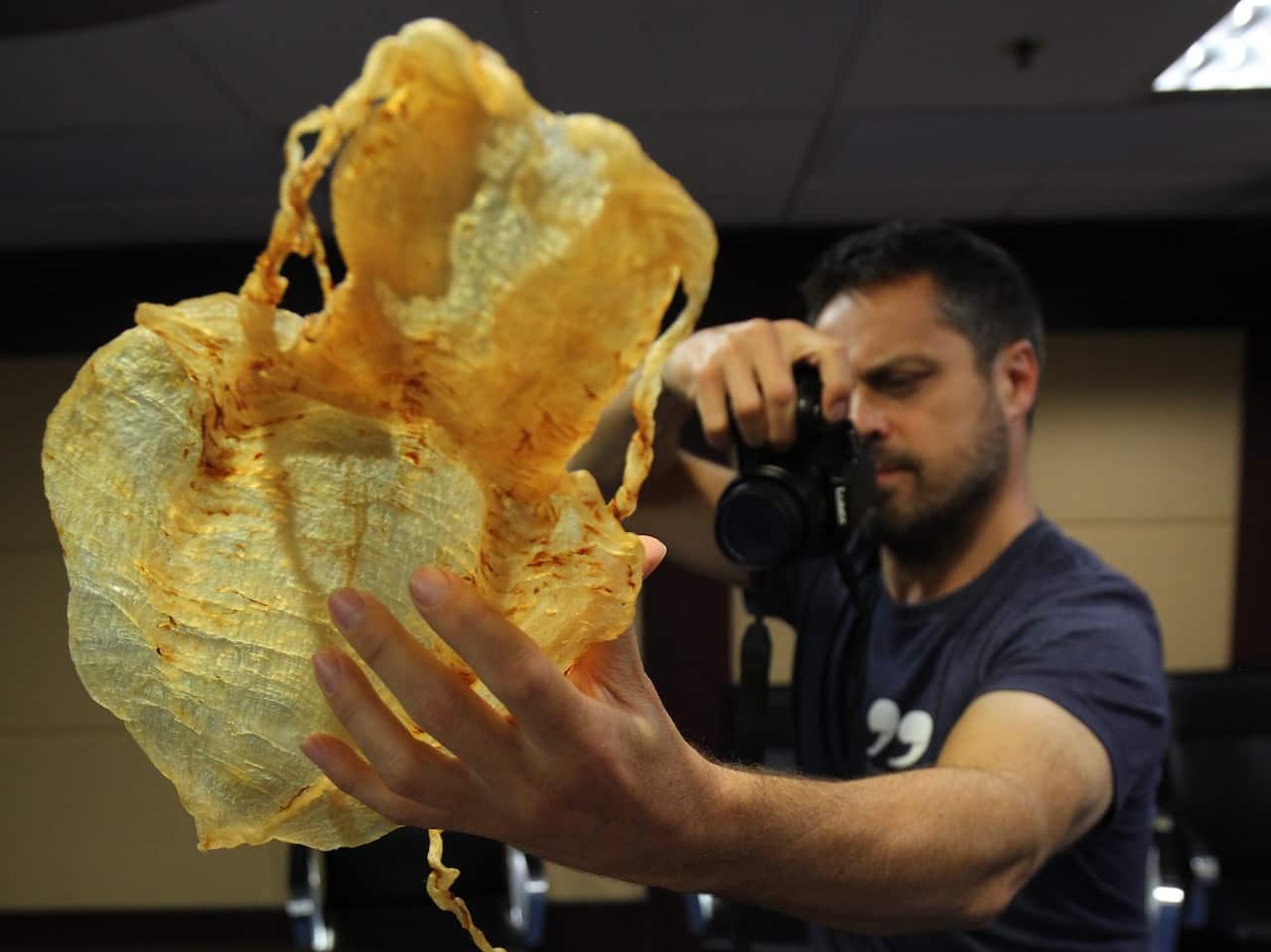 He says environmental crime needs to be dealt with more as a conservation issue.

“All these networks are involved in many other crimes that are not environmental crimes,” he said.

All commercial fishing is prohibited within the Vaquita Conservation Area, but keeping fishermen within the law is a constant struggle for NGOs.
In 2020, one fisherman died and another was seriously injured after his fishing boat collided with a larger conservation group Sea Shepherd vessel that was picking up gillnets.
“It’s a never-ending job,” Crosta said.
“I’m not sure if we’ll save the vaquita in time because there are less than 10 vaquita left.

“We are witnessing the end of a species in real time.”

All of these networks are involved in many other non-environmental crimes.

The Sea Shepherd Conservation Society has been working to remove thousands of fishing nets from the Vaquita Conservation Area since 2015.
Pritam Singh is Chairman and CEO of Sea Shepherd Conservation Society USA. He recently visited the crew protecting the Vaquita in the Gulf of California.
“Sea Shepherd has worked with the Mexican government and many other non-profit organizations for many years and the strategy was that the fishermen would go out and leave the nets with buoys there and we would hunt them down and pull them up,” said Pritam Singh

“So fishermen stopped leaving their nets out and now they just fish with their boats’ nets so you can see exactly what they’re doing.” 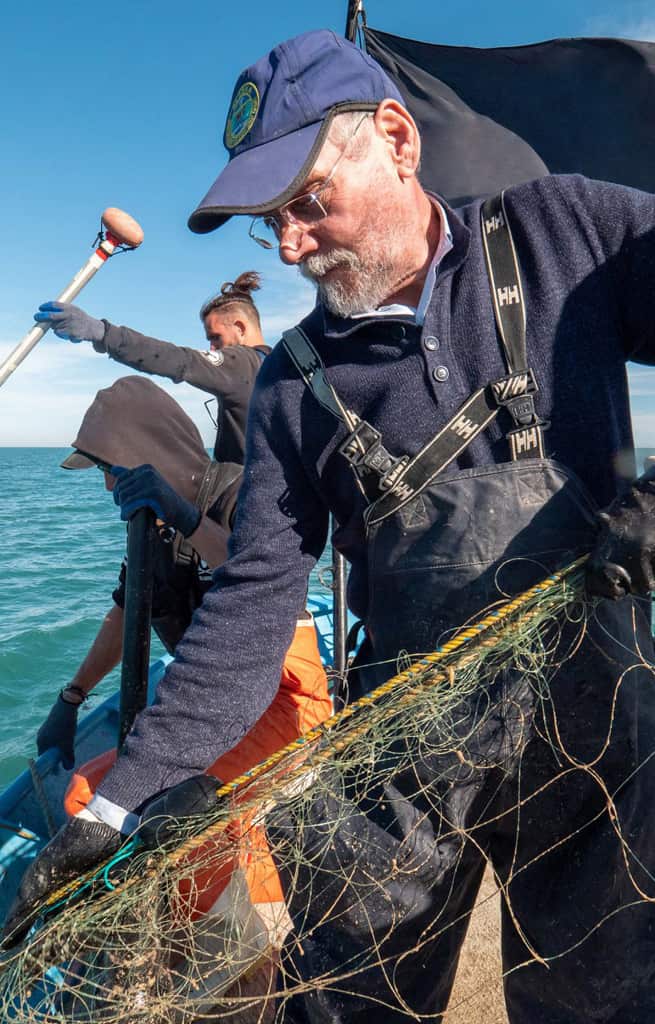 This year, the organization is using a new vessel that was purpose-built to stay at the Vaquita Protection Refuge 24 hours a day. The aim is to keep nets out of the water.

“We can see the fishermen when they come out to fish and when they come into the safe zone we report them to the navy.
“The nets don’t go in the water and they don’t stay in the water because we’re chasing them.
“We can’t stop – we have to be present all the time, it’s like a warden.”
It’s dangerous work for conservation groups. Singh says Sea Shepherd ships have been attacked countless times.

“We had everything to shoot at us, it’s wild stuff but our crews keep going.” The totoaba fishing season begins in November and ends in March each year. These months are the most dangerous time for the vaquita.

“These fish are just seen as floating, floating dollar signs,” Singh told SBS Dateline.
“Industrial fishing is all over, if overfishing continues they will eventually kill everything.
“But there is hope – scientists say there are fewer than 10 vaquita, but they may be making a comeback… and the Mexican government is really showing up and has changed this year in terms of its enforcement.”
At a recent press conference, the Mexican Navy chief said the government had installed radars around the Vaquita refuge.

Since 2019, Mexican officials have conducted a series of raids and arrested several members of transnational criminal organizations that are promoting the illegal totoaba trade.