“Community, family and of course delicious food”: This is how the Lunar New Year is celebrated

The Lunar New Year celebrations are in full swing as the world rings in the Year of the Rabbit and the Year of the Cat.
While Lunar New Year celebrations can be traced back in Chinese history to the time of legendary Chinese ruler Emperor Yao (2356-2255 BC), today this annual festival is celebrated by more than a quarter of the world’s population from diverse cultural backgrounds .

How does Australia celebrate?

In Australia, Sydney is hosting what is reportedly the biggest festival outside of Asia, with more than 80 events over the 16-day celebration.
Dragon boat races are at the heart of Hafencity’s opening and closing ceremonies, and public spaces have been transformed into open-air galleries.

The celebrations will include concerts, exhibitions, tours and banquets throughout the celebrations and artists will put on itinerant performances through Haymarket. Sydney is hosting what is said to be the largest Lunar New Year festival outside of Asia, with more than 80 events throughout the 16-day celebration. Source: AAP / STEVEN SAPHORE

Sydney Lord Mayor Clover Moore said the celebrations would revitalize Chinatown, which has been hit harder by the pandemic than other parts of the city.

“We’re kicking off the Year of the Rabbit with a fabulous festival that will breathe new life into the area and help businesses make the most of pent-up demand,” said Ms. Moore.

“For me, the Lunar New Year is all about community, family and of course, delicious food,” Ms. Sitou said. 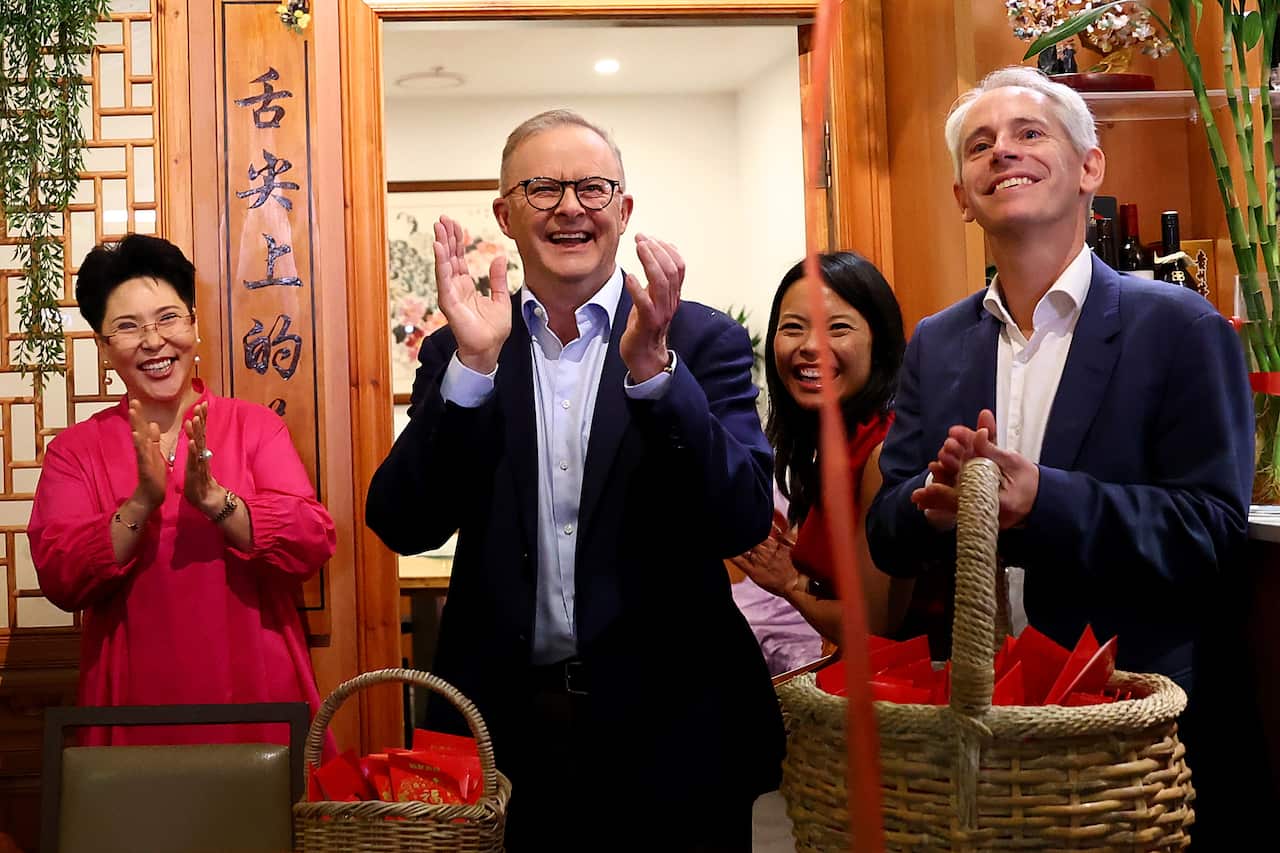 “I think this Lunar New Year has been a really emotional time more than any other, it’s really been an opportunity for us to come together and really celebrate that sense of community, so it’s been fantastic.”

Brisbane’s celebrations are taking place in Fortitude Valley, while other capitals are hosting street parties, performances and exhibitions through February 4th.

In Chinese mythology, the rabbit – the fourth of the 12 signs of the zodiac – stands for harmony and longevity.

In China, the Year of the Rabbit began at midnight on Saturday.

Vietnamese communities celebrate the year of the cat, not the rabbit.

According to the twelve zodiac signs in Vietnamese culture, 2023 is the year of the cat rather than the rabbit. The first day of the lunar new year is called Tết Nguyễn Đán.

This is the first Lunar New Year celebration since the Chinese government lifted the country’s strict coronavirus lockdown, allowing millions of families to get together in person this weekend for the first time in three years. But despite the festive mood in the country, the New Year celebrations are once again overshadowed by the pandemic.

While the corona situation in large cities such as Beijing and Shanghai has already largely normalized after the infection surge in December, the endurance test in the provinces is still to come.

Local health care is very basic in these areas and modern hospitals are often several hours’ drive away.

In addition, older population groups live in rural areas, who have not been sufficiently vaccinated so far: according to state media, 25 percent of those over 60 are not vaccinated.
On Wednesday,but called for perseverance and said: “Light is ahead”.
“China’s COVID prevention and control is still in a time of stress, but the light is before us, perseverance is victory,” said Mr. Xi in a message broadcast by China Central Television.

“I am most concerned about the rural areas and the farmers. Medical facilities are relatively weak in rural areas, so prevention is difficult and the task is tedious,” said Mr Xi, adding that the elderly are the top priority. China reported a large spike in COVID-19 hospitalizations in the week ending Sunday, to the highest level since the pandemic began, according to a report released Thursday by the World Health Organization.

Hospital admissions rose 70 percent from the previous week to 63,307, the WHO said, citing data provided by Beijing.
However, in a Thursday news conference, health officials said the number of COVID patients who had reported to hospital had peaked, with more than 40 percent fewer people with critical conditions being treated on Tuesday compared to a peak on March 5. January.
China last Saturday said nearly 60,000 people with COVID had died in hospitals between December 8 and January 12 — about a 10-fold increase from previous disclosures.
That number excludes those who died at home, with some doctors in China saying they are discouraging putting COVID on death certificates.
For more Lunar New Year information and stories, visit